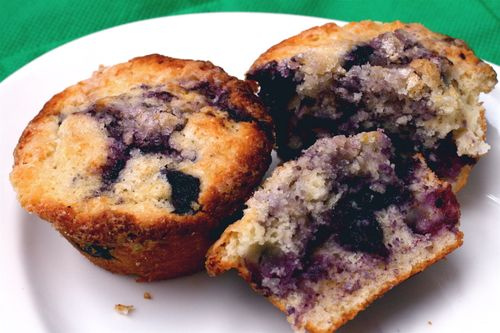 Blueberries are delicious!  They also look appetizing, give the air of health, and by now, most people have heard that blueberry is a superfood.  They also have been shown to possibly reduce the risk of high blood pressure. Companies know this and abuse this use images of blueberries on packaging – even if there aren’t actually real blueberries in the product!

So what do they put in these fake blueberry products?  A mixture of sugar, hydrogenated oils (the nutritional devil) and blue food coloring.  Yum!

Honestly though, have you ever tasted a ‘blueberry bit’ from a box of blueberry muffin mix?  Is it that surprising they are fake blueberries?  They taste more like toasted cardboard than blueberries.

Why do they do it?  Obviously, to save money.  The question is are consumers paying for real blueberries but getting fake ones, or are the companies passing this ‘savings’ onto consumers.

Don’t fret.  You can find real blueberries in food; however, you must carefully check the labeling.  It doesn’t say just ‘blueberries’, but ‘blueberry bits’, they are probably not real…

So, do you think Walmart will start carrying items that contain actual blueberry in them now that they’ve vowed to stock healthier foods?

And what everyone has been waiting for?  The video.  It gives some good information on which foods fake blueberry and which ones use the real stuff.