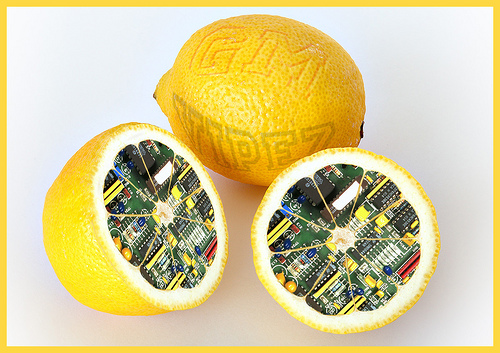 How much is food safety worth to U.S. lawmakers? The agricultural biotech industry has spent over half a billion dollars ($572 million) in the last 10 years on Congressional lobbying and campaign contributions pushing controversial projects like genetically modified (GM), aka genetically engineered (GE), crops and “food animals” (and the amount Big Biotech is putting in each year has doubled in that time period).

Without proper testing or cost-benefit evaluation (or with concerning results from the independent tests that have been done), the biotech industry would like our lawmakers to basically test such technology (er.. food) on the American public.

“The public needs to know that despite their concerns with eating genetically engineered (GE) foods, there’s a powerful industry spending hundreds of millions to promote products like GE salmon,” said Wenonah Hauter, executive director of Food & Water Watch. “Over the last few months, our coalition has collected over 350,000 petitions from consumers who oppose FDA approval of genetically engineered salmon. Yet sadly, each of these consumers would have to pay around $1,500 to match the biotech industry’s lobbying influence.”

Even beyond pushing such products as GM salmon, Big Biotech also puts this money into fighting campaigns aimed at simple labeling of GM food.

“FDA labeling of AquaBounty salmon has been a hotly contested issue. Despite consumer concerns, the agency currently does not require it,” Lauren Wright of Food & Water Watch writes. “According to an NPR article published earlier this week, a survey of more than 3,000 people (conducted for NPR by Thomson Reuters) revealed that 9 out of 10 people believe GE foods should be labeled. The majority said they would not eat a genetically engineered fish, labeled or not.”

And if you want to see how intricate and disturbing Big Biotech’s efforts at influencing lawmakers gets, check this out:

“According to [a Food & Water Watch] analysis, food and agriculture biotechnology firms and trade associations have hired on as lobbyists at least 13 former members of Congress and over 300 former congressional and White House staffers through well-connected lobbying shops.”

“It seems the FDA is more interested in pandering to lobbyists then listening to the American public and the other federal agencies it is required by law to consult with,” Hauter said.

Luckily, organizations like Food & Water Watch, the Center for Food Safety, Friends of the Earth, the Organic Consumers Association, Food Democracy Now, and CREDO Action are fighting for consumer rights and safe food practices in the U.S. Hopefully their efforts and the public’s and the common sense of our lawmakers can overcome half a billion dollars of Big Biotech lobbying and Congressional campaign efforts.

What do you think of Big Biotech’s efforts to go behind the American public’s back?