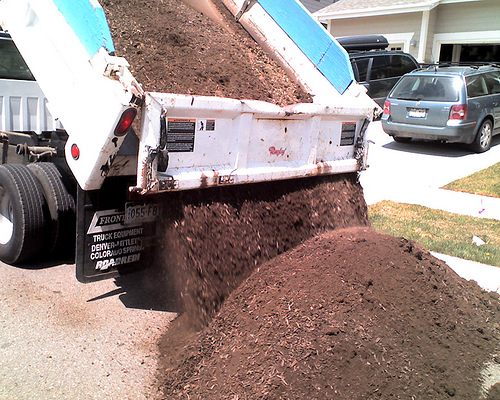 Whether you’re a seasoned gardener or a newbie inspired by our Grow Your Own Food Challenge, there’s one thing that you’ll want to avoid this season: KILLER COMPOST!

Composted manure normally provides such a luxurious, nutrient-rich environment for plants to grow that gardeners will go to great lengths to attain it, from placing want ads on Craigslist to mucking out stalls at horse farms. But not all sources of compost can be trusted.

The aminopyralid herbicide known as Milestone, plus other related herbicides collectively known as pyralids (sold under the brandnames Confront, Curtail, Forefront, Hornet, Lontrel, Millenium Ultra, Reclaim, Stinger, and Transline), have been found in compost throughout the United States. When contaminated compost is added to a garden, the results are devastating.

The EPA allows Dow Agrosciences and other chemical producers to sell these toxic weed killers to farmers. When animals graze on pasture or hay sprayed with these herbicides, they uptake the chemicals. Aminopyralids are so potent that they can persist in the animals’ manure for years, even after the manure is composted. Gardeners that use the contaminated compost inadvertently kill all of their plants.

Aminopyralids can damage garden plants at levels as low as 10 parts per billion. And once your soil is contaminated, these herbicides can persist in your garden for three or more years.

What’s more, the average soil test does not identify pesticide residues. Such tests cost several hundred dollars per sample, so even responsible compost retailers and landscapers might not know if their compost is contaminated.

The best thing to do to keep your garden safe is to ask lots of questions before importing any compost. Make sure that the livestock that produced the compost were grazed on untreated pasture or fed organic hay. If the compost contains bedding material such as straw or hay, confirm that that was untreated as well. Mulch and topsoil are also at risk for contamination.

Mother Earth News recommends contacting Dan Kenny of the EPA’s Technical Review Branch (703-305-7546; kenny.dan@epa.gov) to express your disapproval. Anyone directly affected should file an incident report with the EPA.

Image courtesy of gregor_y via a Creative Commons license.