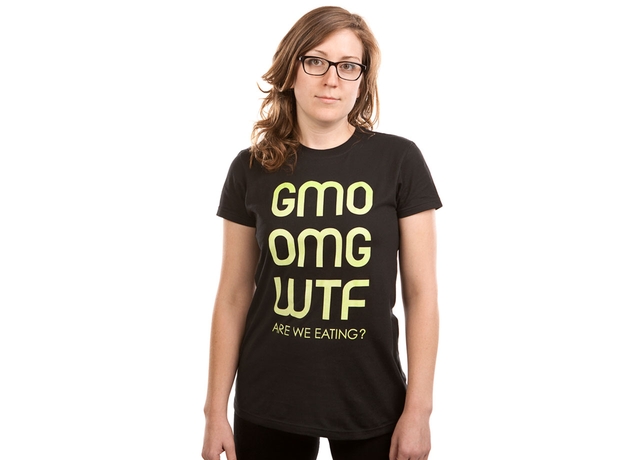 OK, this is going to be a bit of a quick post, but I just really wanted to highlight this awesome GMO t-shirt. Check it out:

Well there are a few reasons:

Good enough for you?

You can purchase the shirt above here, by the way. Threadless, the t-shirt company that chose the winning design and is selling it, is donating 25% of revenue to the non-GMO Campaign of The Institute for Responsible Technology (IRT).

Also, if you buy the shirt above, IRT is encouraging you to take a photo of yourself in it and upload it to their Facebook page.