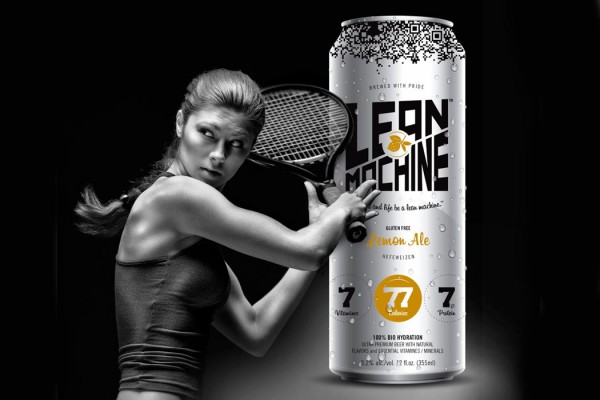 A new beverage Lean Machine, an after workout beer also known as “recovery ale,” is creating quite a stir. Should you add beer to your after workout plans or is it just more marketing healthwash?

Lean Machine is a new Canadian beer designed for “active adults who are want a full-flavored, low calorie, low carb premium beer.” In addition to being positioned as  low calorie (77 calories a serving), low carb (2.5 grams per serving),  low sugar and  caffeine-free, it is fortified with ingredients “designed to benefit you post-work out.” Kinda like gatorade for adults.

So the question remains: Should you add beer to your after workout plans or is it just more marketing healthwash?

Many of the experts I spoke with took issue with beer after workout as a good beverage choice. Justin Rundle, certified personal trainer, nutritionist, strength coach and cofounder of Workout Anywhere says “a post-workout beer is a horrible idea. In fact, one might as well not workout if that’s the post-reward. Rendle points out that since alcohol is a toxin to the body, alcohol consumption creates a hormonal imbalance that raises estrogen levels. Out of balance hormones and estrogen can make fat storage much easier and this can last for up to 48 hours after drinking.

Dr. Tiffany Wright, Ph.D., creator of the Skinny Coach Solution says beer after a workout is definitely a bluster. Beer has gluten and the process by which it is converted into glucose is so rapid that the calories from the beer will be converted into belly fat. It’s best to eat and drink slow acting carbohydrates in enough quantity to slow the release of the glucose so that it can be used as energy and repair, rather than store as fat. It should be noted that Lean Machine is gluten free. But, not everyone agrees that gluten and carbs are bad for you after you workout.

Dan Flores, personal trainer and lifestyle consultant in New York City, on the other hand believes that there is some validity to beer as post- workout beverage. Flores initially heard of using beer from his grandfather, George Paine, who was a bodybuilding pioneer in the 50’s, 60’s and 70’s. He claimed that drinking beer during the workouts helped replenish muscles. Flores notes that since beer is mainly made of processed carbs, that idea makes sense. Highly processed carbs are digested quickly and are very helpful to muscles that are depleted. Flores’ guess is that that level of depletion doesn’t apply to the average gym goer who typically trains for about an hour or less but that endurance athletes would probably see the greatest benefits since their training is extremely exhaustive.

Cat Smiley, nutritionist and owner of Whistler Fitness Vacations also agrees that it’s not as crazy as it sounds. Smiley points to a recent a study in the International Journal of Sports Nutrition and Exercise Metabolism that found the dehydrating effect that is negative to athletes who drink a low alcohol beer after workout can be diminished by increasing how much electrolytes are present: “The post-workout beer could become a popular choice over regular Gatorade and Powerade for people wanting something with more punch. Sports beer manufacturers have added salt, lowered the alcohol levels plus retained the plant based key ingredients including barley, yeast and hops. With that in mind, there are quite a number of natural benefits and nutrients that sports drinks just don’t have.”

The answer seems to come in the form of another question. Cameron Postelwait, Director of Marketing, Sewell Direct posited: Can’t it be both? :) It appears so.