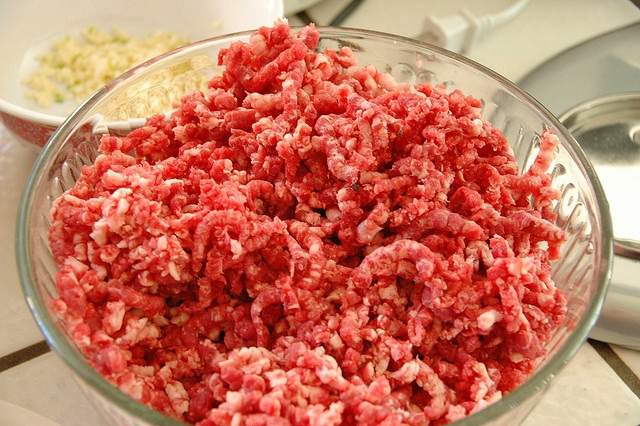 Taking a bold stance against transparency in food production, Beef Products Inc. (BPI) announced a lawsuit against ABC News last week for their role in exposing pink slime to the American public. Legal scholars say BPI’s claim us unlikely to hold up in court, and ABC seems unconcerned. The suit may well end up serving only one purpose: to demonstrate once more how desperately our modern corporatocratic food industry resists informed consumerism.

Like this lawsuit, however, such efforts seem doomed to fail!

Many many many other reporters, web sites, and food writers — and, yes, comedians! — weighed in on pink slime ick, as the story unfolded. As far as I can tell, BPI hasn’t sued anyone over this:

But O My Goodness They are Peeved at ABC!

According to a recent report from Red, Green, and Blue:

The 251-page lawsuit complains of some-odd 200 ”false and misleading and defamatory” statements made by ABC news, and sues everyone they can think of, from ABC parent company Disney to Diane Sawyer to Gerald Zirnstein, the USDA scientist who came up with the “pink slime” moniker.

The main ABC report … described pink slime as “beef trimmings that were once used only in dog food and cooking oil, now sprayed with ammonia to make them safe to eat and then added to most ground beef as a cheaper filler.”

While that’s certainly disgusting and uncomplimentary, it doesn’t exactly rise to the level of ”false and misleading and defamatory.”

To win the case, BPI would have to prove that ABC knowingly published false information, for the purpose of causing damage to the company. Legal scholars have described the case as an uphill climb:

BPI will have to produce “extreme” evidence that the network acted irresponsibly, such as proof that their research used obviously unreliable sources, said University of Wisconsin journalism professor Bob Drechsel, who teaches media law.

Watch ABC’s pink slime report, and see if you can spot 200 examples of ‘extreme’ malicious defamation!

Hmmm… it looks to me like a pretty straightforward description of a very unappetizing product, that people might not deliberately ingest once they know it’s in their food.

It’s disturbing yet hilarious how the Big Food corporations kick and scream over people finding out what they’re eating. Over and over and over they demonstrate a fierce and persistent desire to operate behind a curtain of absolute secrecy: because the more US consumers understand what they’re being fed by industrial agri-business, the more they’re appalled and disgusted. Without corporate secrecy, consumers wouldn’t support the unsupportable things that our modern food system — especially industrial animal agriculture — now considers ‘standard practice.’

Here’s a radical idea, for EDB readers’ consideration and group reflection: our food supply should not cause us to turn away in disgust. Knowing what we’re eating should not give us nightmares, make us cringe at acts of intolerable cruelty, or make us queasy at the thought of the unlabeled ingredients we’ve been tricked into eating.

If your business model relies on secrecy, to avoid these responses from your customers: YOU ARE DOING IT WRONG.

So, BPI, here’s some free advice from a US consumer who thinks your ‘lean finely textured beef’ slime product is disgusting:

Until you change your business model, and provide a product that people actually want — that you aren’t ashamed to label, that you don’t have to hide behind closed doors, that you are proud to show consumers in the full light of day — your business will fail. And all the loud complaints of persecution, all the litigation, all the euphemisms and media specialists and ad campaigns at your disposal will not change that fact one iota.

Maybe it’s time to let it go, you know? Pink slime had its day, in US food production; but thanks to the wildfire spread of informed consumerism, that day has passed.

Embrace the future! And move on to the next unlabeled chemical-soaked secrecy-dependent disgusting food product, that people won’t want once they find out what’s in it.