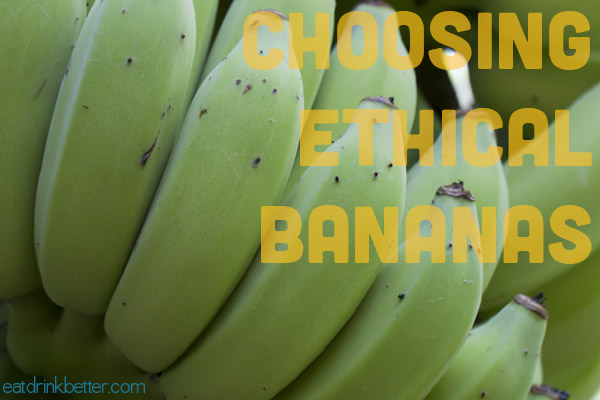 We love bananas around here, but it turns out that banana farming could be harming crocodiles in Costa Rica.

Bananas are the most popular fruit in the U.S. We consume far more bananas than any other sort of fruit, and the bulk of those bananas are conventionally grown, meaning they use toxic pesticides to keep pests and disease at bay.

A new study published in the journal Environmental Toxicology and Chemistry found that the chemicals sprayed on bananas to control pests and disease are making their way into the bodies of crocodiles, causing crocs living near banana farms to be severely emaciated.

Crocodiles living near banana plantations are as much as 50 percent thinner than crocodiles living elsewhere in Costa Rica. Scientists are not certain whether the pesticides are directly poisoning the crocodiles or if these chemicals are messing with their food supply. It could be one or both of these factors.

Because crocodiles are at the top of the food chain in this area, they’re what scientist call a “marker” for the health of the food system as a whole. If the animals at the top are unhealthy or starving, chances are the whole ecosystem is out of whack.

Crocodiles aren’t the only ones that suffer at the hands of the banana industry. Those harsh chemicals are toxic to farm workers on banana plantations, too. The documentary Bananas dives into human rights violations in the banana industry, and it’s a very eye-opening production.

Want to make sure that the bananas you buy aren’t harming Costa Rican crocodiles or farm workers? Next time you’re grocery shopping, choose a banana bunch that’s organically grown and fair trade certified. They may be tougher to find, and they may cost a little bit more, but paying a few extra cents per pound can have a huge impact on fragile ecosystems and on human rights for banana workers.