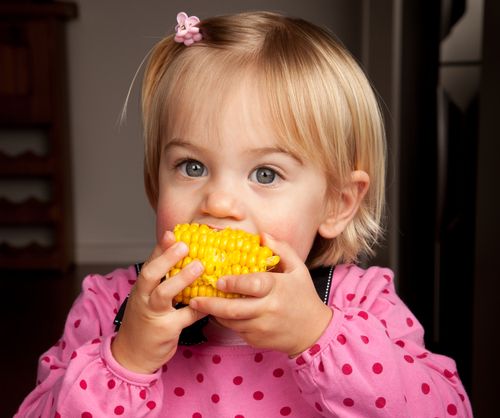 Food and Water Watch is organizing a campaign for consumers to ask Walmart to say no to GM sweet corn on their shelves.

Monsanto’s genetically modified sweet corn is being planted on 250,000 acres this year – approximately 40% of the sweet corn market. This GM sweet corn is Roundup-resistant and also resistant to corn-borer and rootworm.

Labeling of genetically engineered foods is not required, so there will be no way of knowing if the fresh produce in your shopping cart is GM or not.

Trader Joe’s, Whole Foods, and General Mills have agreed not to use genetically modified sweet corn in any of their products. If Walmart adds their buying power to the rest of those, the effect on the market will be significant.

Walmart has said several times that they are interested in sustainability, supporting small farmers, and improving the environment.  Ask them to say no to GM sweet corn in their stores.

Food and Water Watch has a petition at their site that you can sign.

Photo of little girl eating corn on the cob via Shutterstock