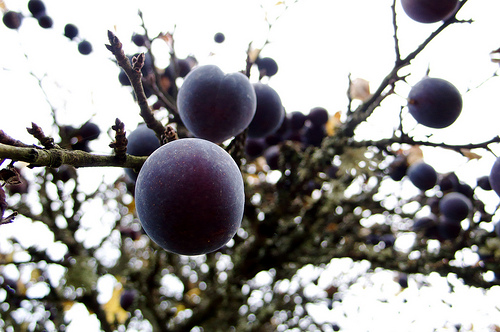 It looks like USDA is looking to deregulate genetically modified plums.

Like with other GM crops, like alfalfa and sugar beets, organic advocates fear cross-contamination. The new GM plums are engineered to be resistant to the Plum Pox Virus, which has been causing issues for commercial growers.

According to a release from the Organic Consumers Association (OCA):

“This is simply a Trojan horse, to get more GE foods and crops onto the market,” said Ryan Zinn, National Campaign Director for the Organic Consumers Association. “There’s still not enough research showing GE plum trees are safe or virus resistant.”

According to Zinn, this should be a cause for concern, especially for organic farmers and growers, who could be harmed the most if their products are contaminated.

Proponents of the GM plum say that buffer zones around the plums will prevent cross-contamination, but as we’re seeing with GM papaya (the only other genetically modified fruit on the market right now), buffer zones don’t always work. According to OCA:

“In September of 2004, citizen groups announced that tests of nearly 20,000 papaya seeds on the island of Hawaii revealed that half of the seeds were genetically modified. 80% were taken from organic farms and were not supposed to be genetically modified,” said Smith. “This is a prime example why co-existence and/or buffer zones cannot work.”

This push for approval should be no surprise, since the USDA already lets GMO companies like Monsanto perform their own environmental impact studies.

Want to take action? You can get involved in the no GMO movement or ask for GM products to be clearly labeled.