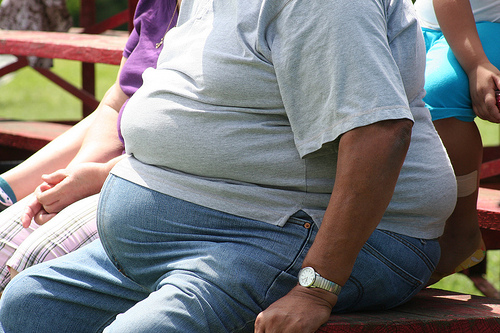 Confession: In college, I was a complete Diet Coke head. There was always at least one case of the stuff in my refrigerator, and I usually kept an assortment of other diet sodas. I had no idea at the time that aspertame and other artificial sweeteners were so terrible for my body, and it was tough to kick my soda habit, but every time I read something new about diet soft drinks, I’m glad that I did.

Not too long ago, Zachary talked about a suspected link between aspartame and cancer. Now, researchers are saying that these low- and no- calorie sugar substitutes tend to defeat their purpose: artificial sweeteners might be making us fatter.

Sure, you’re saving a couple of hundred calories by switching from regular soda pop to a diet variety, but the research suggests that those sweet treats are changing our palettes. A study in the Journal of the American Medical Association links an overly sweetened diet with increased cravings for sweets. The article makes the distinction between sugary (or artificially sugary) junk food and “sugar-containing foods in their natural form,” which they note, “tend to be highly nutritious.”

In an article for Boston Children’s Hospital, Dr. David Ludwig goes into a bit more detail about the issue:

One reason for concern is that consumption of artificial-sweetened beverages produces an evolutionarily unprecedented dissociation between sweet taste and calorie intake that might confound the regulatory system designed to control hunger and body weight.

He says that this is even more dangerous when we’re talking about children:

In support of this possibility, a recent study found that rodents fed the artificial sweetener saccharin lost the ability to accurately regulate calorie intake and gained weight. Another concern is that habitual consumption of artificial-sweetened beverages may “infantilize” taste preferences, especially among children. Compared to the hyper-intense sweetness of these beverages, fruit may seem bland and vegetables may seem inedible, adversely affecting overall diet quality. Indeed, two observational studies have linked artificially sweetened beverage consumption to higher risk for obesity, cardiovascular disease and type 2 diabetes.

Cutting the sugar and artificial sweetener in your diet isn’t the easiest change. If you’re looking for some tips, Mike O’Donnell has some tips on how to beat the sugar habit.