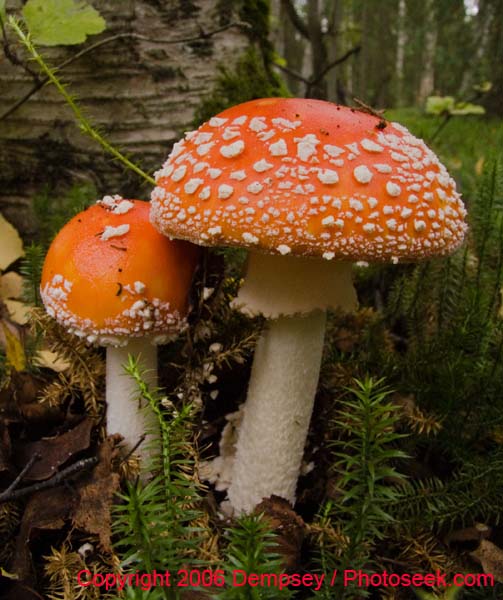 Recently discovered: A toadstool that may take your biological amenities with it

Unlike its name, most of the Amanita class of toadstools, provide you with no protein or other amenities. Instead the class bear the toxins that are responsible for more than 90 percent of mushroom-caused fatalities

While mushrooms are a tasty protein-rich source and a delicacy in many parts of the world, they have landed on the dinner table today as staple food only because of careful weeding out of their poisonous sibling varieties.

Poisonous mushrooms, according to most natural history websites were discovered historically by trial and error – mostly by watching animals or other human beings die of food-poisoning.

Amanita species have been known to cause convulsions, nausea, impaired speech and muscle stiffness. Some of its species also shot into the news recently when the consumption of some of them led to several deaths in Japan in the last few years.

The exact molecule that leads to acute poisoning and breakdown of skeletal muscle tissue was recently studied at the University of Joensuu , the Kyoto Pharmaceutical University and Masaya Nakata of Keio University in Yokohama, Japan.

According to a Science News report, the toxic nature of Russula subnigricans, is because of the molecule cycloprop-2-ene carboxylic acid – an unstable molecule that has never been identified in nature before. The researchers demonstrated its fatality in mice.

Russula subnigricans has reportedly been responsible for the death of seven people in western Japan since the 1950s. But the toxic molecule responsible had remained elusive because of confusion over which mushroom species was responsible and the fact that the poisonous molecule cannot stay in its native state when isolated easily, explains lead researcher Kimiko Hashimoto from the Kyoto Pharmaceutical University in a Royal Chemical Society news report.

Ingestion of this mushroom causes rhabdomyolysis or the rapid breakdown of muscle fibres resulting in the release of muscle fibre contents into the bloodstream which eventually leads to kidney failure and death.

The researchers used mice to identify the toxic compound, and standard chemical techniques to determine its structure. While not natural, the molecule is known synthetically and the analytical data obtained for the isolated compound exactly matched literature data. The team was surprised to find this molecule occurring naturally as it is so unstable.

The team were also showed that the toxin had no toxicity to individual cells, suggesting that it does not directly attack muscle cells.

“Our results suggest that this compound would not directly attack the muscle cells but instead trigger biochemical reactions leading to rhabdomyolysis,” said Hashimoto, the lead researchers in the Royal Chemical Society news report.

The next goal for the researchers is to identify the biochemical reactions triggered by the toxic molecule in the body and work out the mechanism by which the toxin causes rhabdomyolysis, which may eventually lead to more effective treatment for people who have ingested the mushroom.

Anyone still have room for toxic mush? Or toads on stools?