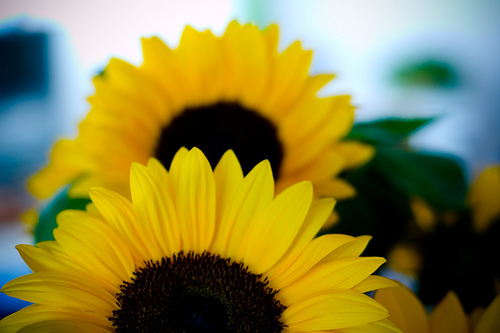 Are seed oils a major driver of the obesity epidemic in the United States?

Obesity is one of the hottest topics of the day. The Centers for Disease Control and prevention has a great moving graph of the US obesity epidemic that shows state obesity trends from 1985-2008. If you haven’t seen it, it is shocking the first time you watch it.

The two biggest factors believed to be causing this obesity epidemic are 1) an increasingly sedentary lifestyle (i.e. not exercising, or, hardly even moving you might say) and 2) the food we eat.

When you get into the food issue, the number one thing health professionals promote is eating more fruits and vegetables (in relation to other foods, that is, not just on top of all the other foods).

Of course, I have seen many articles linking a variety foods or chemicals to the obesity epidemic, from BPA to aspartame to sugar. My personal belief is that it is a combination of several things.

Most recently, I read an article my brother sent me that implies a strong link between increased consumption of industrial seed oils, like corn, soybean, safflower, sunflower and cottonseed oil, and the obesity epidemic. It is a compelling read and has some interesting information in it.

“In 2006, Drs. Gerard Ailhaud and Philippe Guesnet hypothesized that industrial seed oils such as corn, soybean, safflower, sunflower and cottonseed oil are at least partially responsible for the current obesity epidemic (1). These oils were not a significant part of the human diet until very recently, yet they have been promoted due to their supposed ability to prevent cardiovascular disease. The Western world has been living a massive uncontrolled experiment ever since.”

Stephan goes on to discuss the fact that those in Western nations (but especially Americans) are eating much more linoleic acid and other omega-6 polyunsaturated fatty acids (PUFAs) than ever before (which we are getting from these seed oils), that these fatty acids are accumulating in fat tissue and breast milk, and that when mice are fed an unbalanced amount of omega-6 fatty acids (like we are now eating), they develop adult obesity after three generations (results from a study by Dr. Ingeborg Hanbauer).

A recent study (published at the end of April 2010), “A Western-like fat diet is sufficient to induce a gradual enhancement in fat mass over generations”, again by Drs. Gerard Ailhaud and Philippe Guesnent similarly showed that over four generations mice got progressively obese when they lived on a 35% fat diet with an omega-6:3 ratio of 28 (a Western-like fat diet).

“Both studies have serious problems. Nevertheless, together they suggest that PUFA imbalance is capable of causing obesity in mice that worsens over several generations.

If this is true in humans, it would be a straightforward explanation for the obesity epidemic that has plagued the Western world in recent decades. It would explain why the epidemic began in children around 1970, but didn’t show up in adults until about 1980. It would explain why the epidemic is less severe in Europe, and even less so in Asia. And of course, it correlates well with trends in seed oil consumption.”

This is some compelling information. Nearly invisible to most people, but also quite ubiquitous, could these industrial seed oils be a major driver of the obesity epidemic?