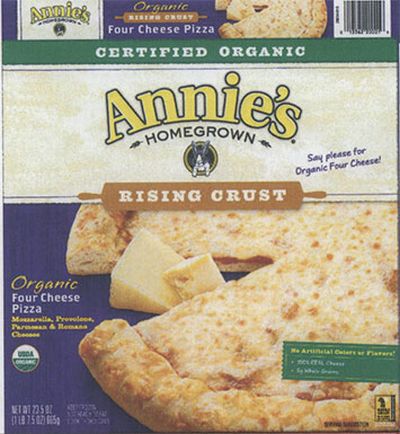 Annie’s Homegrown, Inc., a brand many of us know for their tasty organic and natural convenience foods, has issued a recall for their rising crust frozen pizzas.

The recall was issued Wednesday, January 23, after small metal fragments were discovered in flour and pizza dough at a third-party establishment. The flour with metal fragments was traced back to another third-party flour mill. A defective metal mesh screen at the flour mill was the source of the fragments. Some of these fragments are too small to be detected by standard industry metal detectors.

The pizzas were shipped all across the United States.  Consumers are urged to throw away the pizzas or return them to the retailer for a full refund.

Because the problem originated at a flour mill, the recall might be expanded, so keep an eye out for further information. However, since we don’t know which machine caused the problem, don’t throw out everything in your pantry yet. It might have been a machine dedicated to Annie’s frozen pizzas.