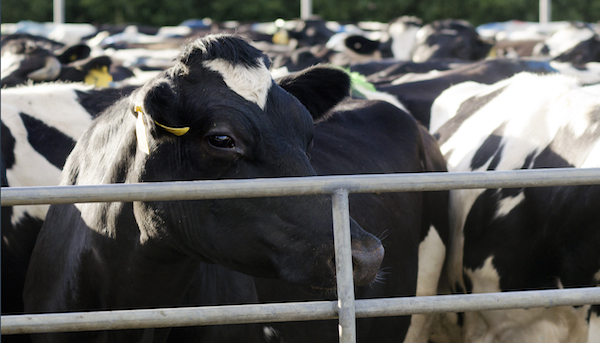 In a recent article published in Beef Magazine, readers were warned that while ISIS may be a threat to our freedom all the way over in the Middle East, we have other, much more serious dangers closer to home… namely, animal welfare advocates.

Specifically, Troy Marshall singles out the Humane Society, of all groups:

“The terrorists are dangerous no doubt, but they tend toward a naiveté that almost ensures their ultimate defeat. HSUS, on the other hand, is extremely sophisticated in its attacks. HSUS attacks on many fronts. It uses legislation and public policy where possible; the judicial system to sue people into submission; has a huge public relations machine to blackmail businesses to fall in line; and effectively wields the ballot initiative to circumvent the legislative and judicial branches when those avenues fail them.”

That’s right, a respected animal welfare organization with millions of members is a bigger threat to our country than actual terrorists…with guns. While the magazine finally removed the ISIS comparison from the article, you can view the original article here.

But Marshall isn’t the only one who has likened animal welfare advocates to terrorists. Just have a look at the ‘Ag-Gag’ laws that criminalize undercover investigations that have exposed not only animal cruelty, but safety risks to the nation’s food supply. States heavy in livestock production including Idaho, Iowa, Kansas, Missouri, Utah, Montana and North Dakota have succeeded in passing these laws making it illegal for animal rights and animal welfare organizations to bring animal abusers to justice via undercover efforts.

The irony, of course, is that livestock production by its very nature is a form of terrorism—enslaving animals in cramped unnatural conditions, tearing newborns away from their mothers, routine beatings and botched slaughters causing unnecessary pain and stress…is the animal industry just projecting its abusive ways onto animal welfare advocates when calling them terrorists? What would you call it?

2 thoughts on “Are Animal Welfare Advocates Terrorists? Or is it the Livestock Industry?”