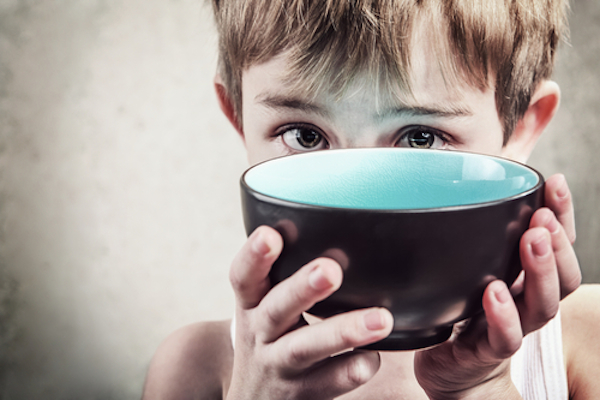 Lack of access to healthy food is a common root cause of hunger in America — an inequality that needn’t exist. And you’d be surprised how the faces of the hungry have changed.

About 1 in 6 or 7 Americans are food insecure. They often have to choose between utilities, medical care, or housing — decisions the more affluent don’t have to make.

We may think the hungry are those who don’t want to work. Or those who can’t. That’s not always the case. Two-thirds of hungry households with children have at least one working adult, usually with a full-time job.

People living in food insecure households eat a lot of fast and processed food, because it’s cheaper and more available than healthier options. And they’re often overweight as a result.

Today’s hungry people look like a lot of us.

Want to know a lot more about today’s hungry (and I mean really know)?

A powerful, new National Geographic feature — The New Face of Hunger — will introduce you to them. National Geographic sent three photographers to Osage, Iowa; Houston, TX; and the Bronx, NY to help us get to know the hungry in those contrasting areas. Those photos accompanied by Tracie McMillan’s writing form an impactful piece that tells the stories and shares the pictures of what hunger in America really looks like today.

The Jefferson sisters, Meme and Kai, live here in a four-bedroom, two-car-garage, two-bath home with Kai’s boyfriend, Frank, and an extended family that includes their invalid mother, their five sons, a daughter-in-law, and five grandchildren… Though all three adults work full-time, their income is not enough to keep the family consistently fed without assistance. The root problem is the lack of jobs that pay wages a family can live on…

How many hungry live in your neighborhood? Find out from the Feeding America’s Map the Meal Gap interactive map. I live in Dallas, where 20% of the population lacks access to enough food for an active healthy life. 1 in 5. Just down the road from me sits Harris County, TX — Houston and its suburbs, including Spring, where the Jeffersons live — with 14% of its population lacking food security.

Today is Blog Action Day — a day that unites thousands of writers across the country to raise awareness for a common cause by writing about it. This year, the theme is inequality. And inequality in the form of food insecurity is something we can battle. Find out more through Feeding America.