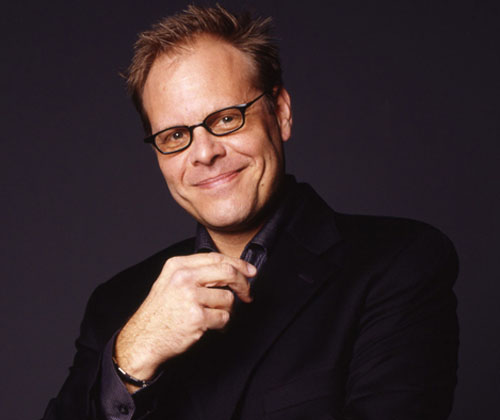 Science-savvy chef Alton Brown has announced that future episodes of his hit Food Network show Good Eats will include discussions about sustainable and local food choices. Brown said he decided to make the change after noticing that many of his biggest fans were packing some extra pounds from following the typical American diet that his shows often promote.

Brown, who also hosts Iron Chef America, said he hopes to use the popularity he has earned during his time at the Food Network to help the environment. Good Eats attracts an average of 770,000 viewers for new episodes, and then re-runs flood the network for years to come. “After nine years at the Food Network, hopefully I’ve got some credibility and leverage,” the celebrity chef said. “It shouldn’t ALL be fluffy holiday stuff—it shouldn’t ALL be butter, for God’s sake.”

The show won’t exactly turn into Green Eats, but Brown will discuss important issues sporadically throughout the various episodes, along with the unique recipes and wisecracks he’s known for. Brown intends to discuss such topics as the future of food in America and the impact our diet has on our health, but said that his predominant focus will be on the importance of supporting local farms. “The issues of sustainability are so broad, people can’t grasp it,” Brown said. “But local people can deal with it on their own level. They can tackle issues through locality.”

Also look for Brown to promote a stronger connection between urban dwellers and their food sources. After his 5-year-old daughter realized that chicken-the-meat came from chicken-the-animal, she was confused. He explained to her that the chicken was raised and killed for people to eat; because of this conversation, Brown said that he “realized that we’re so disconnected from our food—where it lives or grows, how it dies, how it’s processed. None of us in this culture are really living sustainably.”

Other Posts Relating to Local and Sustainable Food: