Excuse me while I step up on the soapbox. Ahem. I’ve been chided before about being too political on my food blog. More recipes, Woman! But the thing is, food is all tied up with politics, and there are a few things we eaters need to understand about this. For our own safety. So we can make better choices. This is a pretty short primer on the basics, but there are a lot of great links in here that can help you get the full picture of our food system.

How does food policy impact the safety of what we eat?
I mean, it’s just legislation, right? Laws that are supposed to keep the food supply safe. The basis for these laws was established in 1906 by Theodore Roosevelt in response to the publication of Upton Sinclair’s book, The Jungle. Ironically, one of these laws, the Meat Inspection Act, was supposed to eradicate the use of “4-D” cattle in meats, meaning dead, diseased, decaying and downed. Over 100 years later we are still facing the same issues.

The other act, the Pure Food and Drug Act, was designed to insure the safety of drugs and non-meat food items. However, the two agencies overlap. A raw egg, in the shell, is the responsibility of the FDA. Once the shell is broken, the USDA is in charge. If a processed sandwich is to be inspected, the USDA would have jurisdiction over the meat, the FDA over the bread. Makes all kind of sense, right?

Learn what you need to know about food safety, policy and what you can do as a consumer after the jump.

So, the system doesn’t work. Worse, it’s not even enforceable.
Case in point, 2007 had a record number of meat recalls, followed closely in 2008 by the largest recall ever. Thus far, absolutely no action has ever been taken to penalize these companies. The two USDA inspectors who failed to report the downer cow incidents at Hallmark/Westland are currently only suspended — with pay. Further, neither agency actually has the authority to demand a recall, unless the recalled item is infant formula.

Politics also get directly in the path of food safety.
Many of the people who run the FDA and USDA, agencies that are designed to enforce food safety, also worked in the industries that these agencies are supposed to police. In fact, as of 2006, the chief of staff at the Agriculture Department used to be the beef industry’s chief lobbyist. Further, the head of the FDA was most recently an executive at the National Food Processors Association. It is indeed, the proverbial case of the fox watching over the hen house.

Farm Policy plays a major role.
Finally, from a farm policy standpoint, our food system is vulnerable. Important legislation such as the farm bill, recently being rewritten, encourages a highly centralized system that relies heavily on imported foods. Less than two percent of imported foods were inspected on entry to the country in 2006.

Farm policy also rewards the farmers in this country for only growing eight commodity crops through a system of subsidies. This near monoculture has been made worse by the misguided focus on ethanol production from corn. Farmers who grow any foods other than the commodity crops are ineligible for subsidies. Thus, we increasingly rely on imported foods for items that can easily be grown locally — our agriculture system just makes this less profitable for farmers to do. In fact, in 2004, less than four percent of total US cropland was planted with fruits and vegetables.

The same farm policies that were put in place under Earl Butz, also fostered a system of “Get Big or Get Out.” The number of farms since 1900 has declined by 63 percent, while the size of farms has increased by 67 percent. The result is a highly centralized system. The risk in such a system is that the product, be it meat or spinach, that is tainted is processed at a central location along with thousands of pounds of non-tainted product. The resulting contaminated shipment is then sent across the country. Instead of an easily traceable and localized illness, citizens across the country will be sickened.

This is how legislation, policy and politics directly impact what ends up on your plate. This is why you can’t separate “pork” politics from the pork chop. But, what is a consumer to do? You do have rights, of course, and choice. Remember that we still live in a demand-generated economy. If the demand grows, and farmers who produce crops other than the big eight can thrive, our food supply will improve as a result. It will take time, but there are many things you can do as a consumer to make this happen.

Here is how you can use your rights: 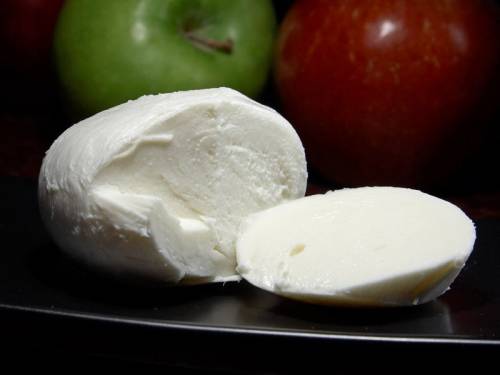 2 thoughts on “Agriculture Policy and the Safety of Your Food”