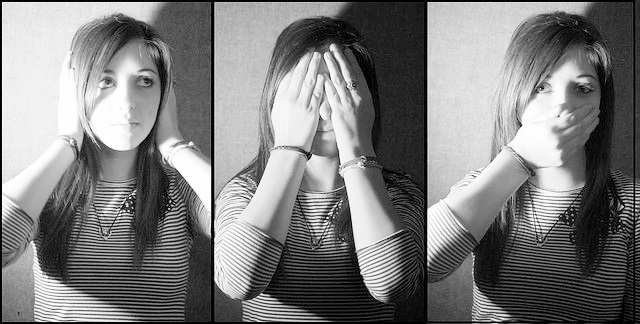 Legislators in several states this month consider laws to criminalize reporting of cruelty or other criminal acts at animal facilities, to protect factory farming interests from the consequences of their own behavior. If you value food industry transparency — and DON’T value protecting criminal animal abusers from any and all legal culpability — get involved! Factory farming interests absolutely depend on your ignorance and apathy, to pass these laws: give them neither.

As reported in Food Safety News this week,

Nebraska, Arkansas, and Tennessee today are holding legislative hearings on bills that supporters say protect farms and opponents say prevent people from being effective whistleblowers when collecting evidence of animal abuse. Abuse is a food safety concern because studies have shown that animals that are stressed or treated cruelly are more likely to be susceptible to disease and pathogens.

Nebraska’s LB-204  and Pennsylvania’s HB-683 would mandate specific reporting requirements and penalties for those ‘interfering’ with an animal facility (say, by documenting or reporting criminal activity ongoing at that facility).

Tennessee’s HB-1191 and SB-1248 would require anyone with evidence of abuse to turn it over to authorities within 24 hours (i.e. making sure investigators could only scratch the surface, rather than fully document ongoing habitual criminal behavior, so as to minimize legal culpability for those engaging in criminal acts).

Arkansas’ SB-13 and SB-14 would make it illegal for anyone other than legal authorities to investigate or report animal abuse, at an animal facility (so if you work there and see someone butchering live animals, or stomping on calves’ heads, or raping a chicken: don’t tell, or YOU’RE in trouble! … unless, of course, you happen to be a moonlighting police officer).

Earlier this month, the Indiana Senate passed SB-0373, making it illegal to document animal abuse by photographing or videoing such acts without the express permission of the facility’s owner (just take a moment to imagine that conversation: ‘ah, yeah, here’s the thing, sir… I’m seeing some of your facility’s workers kicking live piglets like soccer balls, swinging sick piglets in circles by their hind legs, striking mother pigs with their fists and repeatedly and forcefully kicking them as they resisted leaving their young... mind if I shoot some video, to ensure the individuals’ legal culpability for commiting these sickening acts, and your company’s culpability for allowing them to do so?’… what a perfectly reasonable plan, with justice virtually guaranteed!)

Iowa and Utah passed laws criminalizing whistelblowers at ‘animal production facilities’ last year; North Dakota, Montana, and Kansas have enacted similar laws, designed to protect the guilty and penalize those who report them.

Why Cameras Make the Animal-Ag Industry Wet Itself

Faced with growing consumer awareness and outrage about acts of egregious cruelty — brought to light by documentaries such as Food, Inc., Farm to Fridge, and Vegucated, and by a series of appalling and sickening undercover videos, the animal ag industry is keen to draw close a new and improved shroud of secrecy.

To understand why they’re so desperate to silence employee whistleblowers or undercover investigators, let’s just review some of the recent atrocities they wish you’d never found out about — watch if you can stand it.

There are approximately a billion examples just like the videos above, in which criminal animal abusers were held accountable because whistleblowers or undercover reporters exposed their hideous behavior. I double-dog dare you to watch even one of these stomach-turning videos and say, ‘Yes! That egregious cruelty should like totally be protected from any kind of accountability whatsoever!’

In no other legal sphere would we even consider laws to penalize the reporter of the crime, rather than its perpetrator — if I see you shoot someone, and I call the cops, *I’m* not the one who goes to jail! The fact that we’re even tolerating serious discussion of these perverted pro-cruelty laws, much less allowing their enactment, signals a combination of deep lobbying pockets and insufficient public awareness of the problem.

Animal-ag producers know if you can see what they’re doing, you’ll throw up — or, worse (for them), refuse to support it. They hope to mandate public ignorance, towards the goal of optimal profit despite atrocity.

Whatever diet you follow, these laws do not reflect the goals of ‘we the people.’ The reflect instead the goals of ‘they the agribusiness corporations, who know perfectly well they’re engaging in criminal acts and would like to keep doing so with impunity.’

In a representative democracy — versus a corporate oligarchy — our legislators are charged to do the will of ‘we the people.’ If you live in a state with pending ag-gag legislation, AGITATE! Find contact info for your legislators here, and tell them what you think about criminalizing reporters to protect animal abusers while endangering citizens’ health. Find Citizens Against Ag-Gag Legislation on Facebook, for legislation updates and action opportunities.

Don’t support what you don’t support! Vote with your fork every time you eat: don’t give industrial animal producers your grocery dollars, for engaging in such blatantly pro-cruelty anti-transparency behavior.

Maybe most importantly, follow HSUS coverage of pending legislation and set an email alert for ag-gag news — then share you find, on all your social networks.

Consumer ignorance is the only tool in industrial animal-ag’s box: break it!