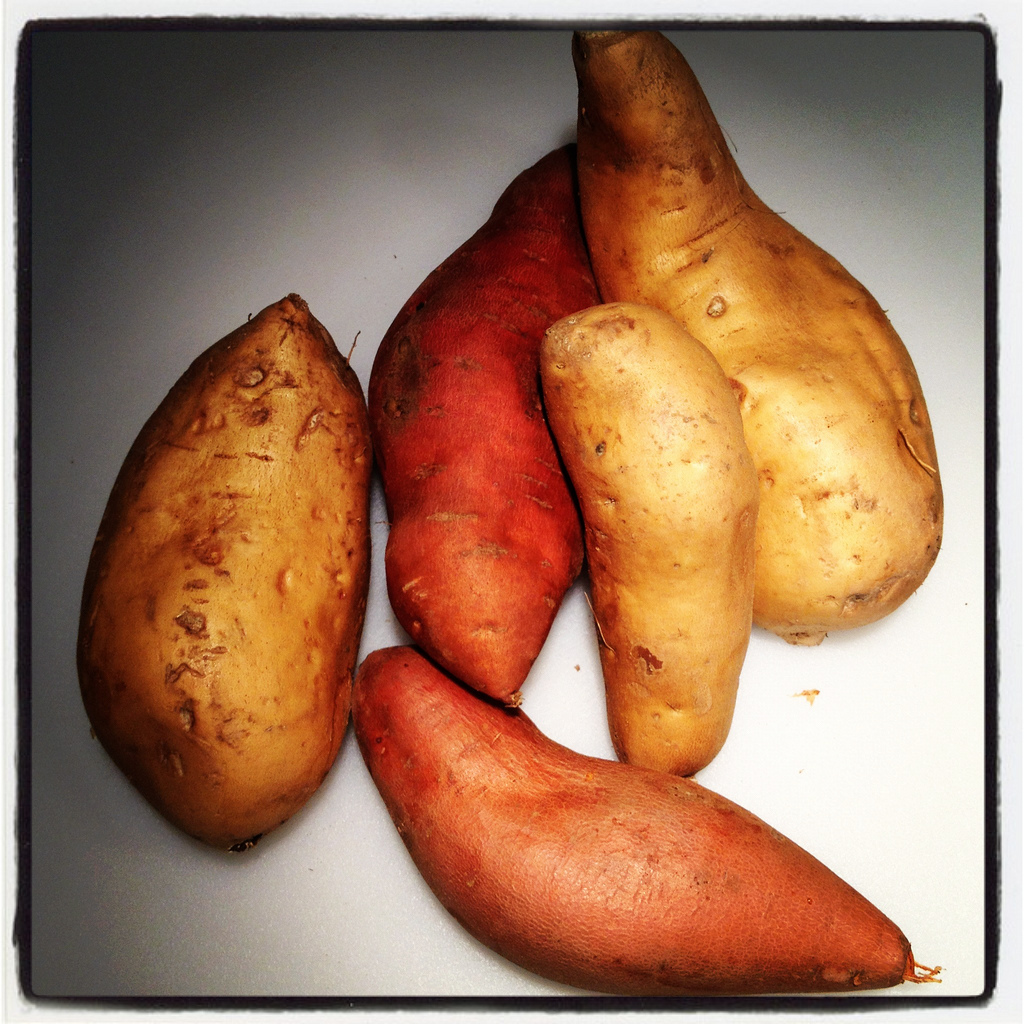 NPR released a story last week that had all the makings of a victory, complete with world peace.

The developing African countries of Mozambique and Uganda, among others, contain large populations suffering from malnutrition and hunger.

According to NPR, scientists have discovered Vitamin A helps reduce the rate of malnutrition deaths significantly — and other micronutrients play a part as well. Some are touting the native sweet potato as a savior to these poor regions.

“…In parts of Africa, that sweet potato is very exciting to public health experts who see it as a living vitamin A supplement. A campaign to promote orange varieties of sweet potatoes in Mozambique and Uganda (instead of the white or yellow ones that are more commonly grown there) now seems to be succeeding.”

Continues NPR, “That approach is called biofortification: adding crucial nutrients to food biologically, by breeding better varieties of crops that poor people already eat. Howarth Bouis is one of the people who came up with this idea, and he’s been promoting it for the past two decades.”

Upon first reading the NPR article, which states “these vegetables are, in fact, improving people’s lives,” one could revel in a seeming breakthrough in feeding the world. Then, one begins to ponder: but if using traditional crop breeding methods is saving lives via Vitamin A, what is there to be concerned about?

Minimal research online produced suspicious relationships to this whole “biofortification” campaign. One could easily see that biofortification is just another term for genetically modified, or genetically altered. The group Howarth Bouis works for is called HarvestPlus (whose tagline is “Breeding Crops for Better Nutrition”), and their website presents the group as a World Bank funded program to end hunger via agricultural research.

Further research illuminated few other publications or journalists discussing the nuances of the sweet potato evangelist. A Huffington Post article on the third page of search results might’ve been copy-and-pasted directly from some press release for all the effort put in to seeking an additional point of view.

However, one useful tidbit of information from the HuffPo article said, “[Scientific journal] Nature writes that HarvestPlus, which is funded by the Consultative Group for International Agricultural Research (CGIAR)…” (Ed. note: Link mine.) showcasing the first mention of a link to Big Ag.

The only other person talking about the amazing wonders of biofortified sweet potatoes is the Bill & Melinda Gates Foundation (from various dates). Their website waxes poetic about “a project to promote the orange-fleshed sweet potato in Uganda and Mozambique, where vitamin A deficiency affects 38 percent and 68 percent of all children respectively.”

The Gates Foundation mentions HarvestPlus as a partner in this program and links to the details of its funding, which states that in 2005, CGIAR received a $6 million grant for this research on orange-fleshed sweet potatoes. (Bouis is affiliated with CGIAR as well as with other companies involved, The International Food Policy Research Institue, IFPRI-Washington, DC. Additionally, the Gates Foundation gave HarvestPlus $25 million for research.)

Okay, so the program was well-funded and has been in the works for years. So, why the interest in these specific areas of Africa, and how were these initial stats obtained before grants were received to go bring biofortified potatoes to these regions? And what are the consequences of using developing nations as “testing” grounds for genetically altered crops, even if using “traditional” methods?

Another question to ask is, who else is involved? You have one guess.

According to a press release issued by Monsanto in 2003:

This nine year old press release contains the same talking points as the NPR article and the Huffington Post article from earlier this month:

“Monsanto has donated critical information to aid in the development of one of HarvestPlus’ newly announced projects, a nutritionally improved African variety of maize with increased levels of provitamin A…’Agricultural biotechnology has the potential to help address malnutrition in Africa and other developing countries when used with traditional plant breeding to produce staple crops with higher levels of important nutrients,’ said Monsanto President and Chief Executive Officer Hugh Grant.”

Additionally, The Gates Foundation has been under scrutiny for investing $27 million in Monsanto Company in 2010, leaving little doubt that Gates is entrenched in the whims of the GM conglomerate (as well as agribusiness giant Cargill). Some notable observations from The Guardian:

“Monsanto has a history of blatant disregard for the interests and well being of small farmers around the world… [This] casts serious doubt on the foundation’s heavy funding of agricultural development in Africa…is Gates being hopelessly naïve by backing two of the world’s most aggressive agri-giants? There is, after all, genuine concern at governmental and community level that the United State’s model of extensive hi-tech farming is inappropriate for most of Africa and should not be foist on the poorest farmers in the name of “feeding the world”.

Bouis is doing research to see if biofortifed crops can improve nutrition in the developing world, creating community acolytes for this “science,” and at the same time being funded by GMO-friendly foundations by way of corporations who may have found their reason d’etre for global expansion.

While Monsanto providing knowledge and skills to HarvestPlus is not necessarily a reason in and of itself to reject bioforitifed crops, it does make those opposed to genetic modification suspcious of the long term implications of these practices and funding relationships. It seems that the politics of the situation may take years to sort out, but for many the end to hunger cannot come fast enough.

Image Credit: Flickr Creative Commons, You As A Machine