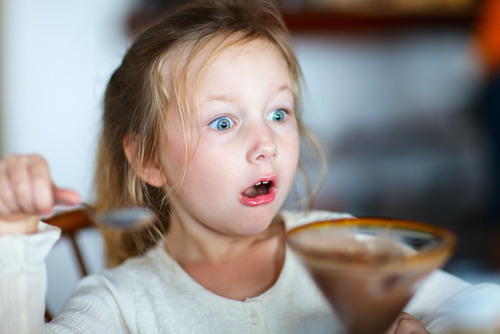 Added sugars are a fact of life if you eat pretty much any processed foods, and we knew that wasn’t good news. But a new study revealed that in the battle of white powders, added sugar is even worse for us than added salt.

These findings about added sugar should be no surprise. In fact, this isn’t the first time that we’ve looked at the link between sugar and heart health. We also shared an eye-opening lecture from University of California San Francisco professor Robert Lustig that gets into how sugar harms our health beyond the obvious link to obesity. Over at Care2, I compiled a long list of common names for refined sugars to help folks spot added sugar that’s hiding on food labels. And last fall we published a list of healthy low-sugar drinks to help you kick soda to the curb.

Learning to live without sugar  – or with much less than you’re used to – is tough at first. Our diets are overly sweetened in ways that we might not think about. It’s not just about cutting back on cookies and ice cream. Most processed foods contain sugar, because corn syrup and high fructose corn syrup are cheap food additives that make processed food taste more palatable and help preserve it. Unfortunately, all of that sneaky added sugar might also be killing us. Here is the full press release from the Open Heart study authors, including their recommendations based on their findings.

Dietary guidelines should focus more on sugar, and less on salt, say doctors

Added sugars in processed foods are likely to have a greater role in high blood pressure and heart disease and stroke, than added salt, say doctors in an analysis of the published evidence in the online journal Open Heart.

Dietary guidelines should emphasise the role played by added sugars, particularly fructose, in the fight to curb the prevalence of cardiovascular, they insist.

Cardiovascular disease is the number one cause of premature death in the developed world. And high blood pressure is its most important risk factor, accounting for almost 350,000 deaths in the US in 2009 and costing more than $50 billion US dollars every year.

Dietary approaches to lower high blood pressure have historically focused on cutting salt intake. But the potential benefits of this approach “are debatable,” say the authors.

This is because the average reductions in blood pressure achieved by restricting salt intake tend to be relatively small, and there is some evidence to suggest that 3-6 g salt daily may be optimal for health, and that intake below 3 g may actually be harmful, they write.

Most salt in the diet comes from processed foods, which also happen to be a rich source of added sugars, they point out.

“Sugar may be much more meaningfully related to blood pressure than sodium, as suggested by a greater magnitude of effect with dietary manipulation,” they state.

“Compelling evidence from basic science, population studies, and clinical trials implicates sugars, and particularly the monosaccharide fructose, as playing a major role in the development of hypertension [high blood pressure],” they write.

“Moreover, evidence suggests that sugars in general, and fructose in particular, may contribute to overall cardiovascular risk through a variety of mechanisms,” they add.

They point the finger in particular to high fructose corn syrup, which is the most frequently used sweetener in processed foods, particularly fruit-flavoured and fizzy drinks.

“Worldwide, sugar sweetened beverage consumption has been implicated in 180,000 deaths a year,” they write. Around 300 years ago, people only consumed a few pounds of sugar a year, they add, whereas current estimates suggest that average consumption in the US is 77-152 pounds a year—equivalent to 24-47 teaspoons a day.

The evidence suggests that people whose dietary intake of added sugars adds up to at least a quarter of their total daily calories have almost triple the cardiovascular disease risk of those who consume less than 10%.

A high fructose diet has also been linked to an unfavourable blood fat profile, higher fasting blood insulin levels, and a doubling in the risk of metabolic syndrome.

Of particular concern, they say, is that UK and US teens may be consuming added sugars up to 16 times the recommended limit.

And they go on to warn: “The evidence is clear that even moderate doses of added sugar for short durations may cause substantial harm.”