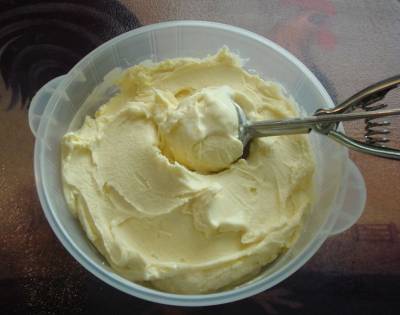 One thing that I love about cooking the Passover Seder for my family is that I get two chances to make a memorable meal. While the menus always differ between the two nights of celebrations, I usually incorporate a few similar elements to try out twice.

I am never going to win with the traditional recipes from the old country – these would be inexpertly executed versions of my grandmother’s legendary matzo balls and kugel. Instead, I try to reimagine a dish I love within the dietary restrictions of the holiday: no leavened bread, no corn products, no rice or whole grains, no legumes. (Growing up with the yearly Passover semi-fast has been an education in corn additives, I will tell you, but that’s a story for a different post.)

This year, I focused on dessert. Several bakeries manage to make Kosher for Passover cakes and cookies from matzo crumbs, but these have the cardboard-y taste and alarmingly fake consistency of diet foods. Instead, I coopted this addictive matzo bark recipe from Apartment Therapy’s The Kitchn. But what should go with it? Why, ice cream of course!

There is no way to get commercial ice cream that does not contain fructose, corn syrup, maltodextrin or any of the other corn-based food additives that coagulate, sweeten and preserve. But ice cream is one of the best dishes a dinner party host can make from scratch. It can be made well ahead of time and seems far more impressive than such an easy recipe should.

The first night I made a very straightforward vanilla-honey ice cream. I used local whole milk, cream, and honey and some vanilla my mom picked up in Mexico (it was local when she bought it…). That’s it. The flavor was delicious and complimented the salty/crunchy/bitter flavors of the matzo bark, but there seemed to be something shallow about the taste. The honey’s sweetness overpowered without the enduring creaminess found in the best ice creams. It melted quickly with only honey to coat the tongue.

So, for the second seder, I tried again. I started the ice cream more like custard with two egg yolks. I used brown sugar instead of honey, hoping for a more well-rounded flavor. I tinkered with the cream-to-whole milk ratio. The results – while still fast-melting – were creamy, subtle and delicious.

2 egg yolks, gently mixed together in a cup

3 tablespoons pure vanilla extract (if you really like your guests, you could splurge on one vanilla bean, split open and scraped into the pot. Just remove the bean husk before freezing.)

In a heavy-bottomed saucepan, bring the cream, milk and egg yolks to medium heat, stirring. Add the sugar and vanilla and simmer, stirring frequently until you see bubbles rising up around the edges of the pot. Before the mixture begins to boil, remove from heat. Pour the mixture into a non-reactive bowl and cover. Fill a larger bowl halfway with ice and cold water. Place the bowl containing the mixture into the ice bath, allowing it to cool completely.

When the mixture is colder than room temperature, place it into the ice cream machine, following directions.

If you don’t want to make the matzo bark to go along with this ice cream, you can still add the pistachio-dark-chocolate-salt crunch. Warm shelled pistachios in a skillet and then toss in a bowl with a bit of oil, sea salt and brown sugar. Spread onto a pan and slow-roast in the oven at 275 for 20-30 minutes. Let cool before adding to the ice cream.

There you have it! More from the Passover-friendly kitchen coming tomorrow.