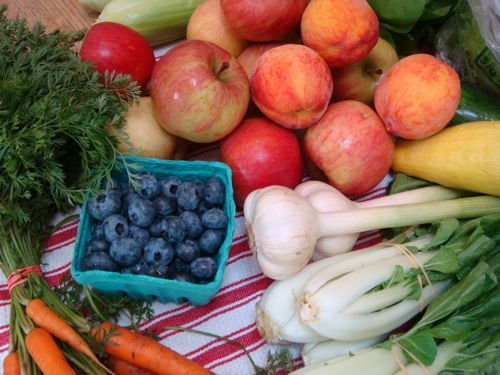 I am having an identity crisis at the age of forty nine. And it’s not about my ethnic background. It’s about what I eat.

I’ve stopped eating meat since June and occasionally had seafood in settings where I cannot get any good vegetarian meals. So, I’ve been going around saying, “I’m a vegetarian” and uncomfortably adding, “Oh, but I do eat seafood… occasionally.” I always wondered how can I call myself a vegetarian when I eat animal products like eggs, cheese, and once-in-a-blue-moon, seafood. Is there a dictionary to check ‘phrases’ to find proper words?

I couldn’t find one.

I just learned from my friend Becky, a vegan, that I am called a Pescatarian. What? Peca-who? After all these months of declaring that I am a ‘vegetarian who eats fish’ , I finally found a term that describes someone with my eating style. So, I did some research and found out that there are so many different types of vegetarians.

Now, before you start throwing tomatoes at me for calling myself a vegetarian while eating seafood, let me tell you, deciding NOT to eat meat was HUGE for me so cut me some slack and read on.

A Pescatarian in a Carnivorous Household

I have had to defend myself on why I decided not to eat meat on so many occasions with my mother. Actually, every time she brings a dish over, she grills me on what I can eat, what I can’t eat or what I won’t eat, like it’s due to a religious reason or something. What’s worse, I tell her not to make a big deal out of it when we go to a relative’s house or when we go out to dinner with people…because more often than not, there are always non-meat dishes available for me to eat so it’s no big deal. I mean, when was the last time you had just a steak and no salad or potato or green beans with them? But, as if that conversation never took place, she’ll say, while stealthily intercepting a plate that is being passed over to me, “No, she doesn’t eat meat”… as if I lost my ability to speak for myself since I stopped eating meat.

I know she means well because I am a mom too. I want to make sure my kids are eating well and being fed so that they are not starving to death. Seriously, that’s how my mom thinks of me – ‘starving’ all the time, because I’m not eating meat. After I declared that I no longer want to eat meat, my parents and their generation of adults thought I was just being difficult. To them, not eating meat seemed like a betrayal of a culture that works so hard to provide a good life for the family, which includes having meat on the dinner table. It’s a symbol of success. But I tell my mom, that buying fresh organic vegetables can be just as expensive, if not more than beef. So, I tell her, we can still be looked upon as being successful…half kidding, of course. And to that, she agrees. I know deep inside, she believes and supports my new eating habits because she, too, doesn’t like eating meat.

Do Genetics Play a Role in What We Eat?

The irony that my mom does NOT eat meat herself, and yet her grilling me about why I decided not to eat meat is funny. OK, not so funny when we are having a debate in the middle of a meat section but you know what I mean. If you read my ‘About’ page, you’ll see that she is the “green matron” without even trying. Well, add “not eating meat” to her ways of being green, in addition to her glass jar collection. But she never knew it.  She never liked meat but totally can devour any kinds of vegetables cooked in any way. And she didn’t even take the environment into consideration when she stopped eating meat.

Why doesn’t she eat meat? She hates to chew it. Yup. You heard me. I don’t know if that’s because she is an animal lover and she hates seeing animals being raised in factory farms in deplorable conditions. She also can’t see how slaughtering them for food is humane even if they were raised “humanely.” She also sees how raising her vegetable garden and eating the fruits of her labor is so much more efficient than raising an animal that eats feeds that we grow and then slaughtering the animal for food. Makes no sense, right? She says so too.

But in all honesty, I never understood why she didn’t like to ‘chew’ meat and always criticized her for being so “sensitive” and “difficult”, like it was a negative thing to be sensitive. Duh, what did I know? Then, my snotty attitude came back to bite me in the a** because my own aversion to meat started this past spring. Unlike her not liking the ‘chewing’ part, for me, it was not liking the ‘taste’ part. You see, I always thought being a ‘vegetarian’ meant either you had some sort of an eating disorder that made you gag due to texture or smell or taste of meat or you were self-righteous because most vegetarians I knew claimed to be animal advocates but many of them wore leather and silk so I always viewed them as hypocrites too. What did  I know? But one thing for sure.  I am becoming my mother, as my “About” page states but even in my eating habits. So, maybe genetics does play a small part in liking or not liking certain foods. Just don’t tell that to my mother that my not eating meat is her fault.

>>Next: How I don’t starve myself and a vegan tofu recipe.