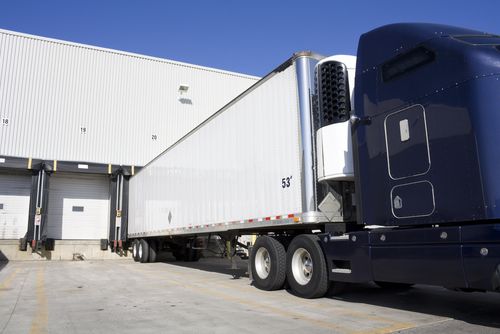 The salmonella outbreak that killed two and sickened at least 178 people was quickly identified as being from cantaloupe. Furthermore, the FDA traced the origin of those cantaloupe to Chamberlain Farms in Indiana by August 17, but refused to divulge the name of the farm. They said only that it was in southwest Indiana. Predictably, stores threw out produce from a region just to be safe, damaging the economic prospects of a lot of farms who hadn’t distributed contaminated produce.

It turned out that the FDA hadn’t been able to find salmonella on the farm. The contamination might have occurred on the farm, but also in the packing shed, at the distribution center, or even at the retail level. Now there seems to be another possibility.

A recent Rossen Reports had an expose on trucks that carry food doing so in an unsafe manner. (Check out the video below.)  They followed an Indiana patrol officer who stopped food delivery trucks and checked the temperature in the trailer. Most trucks keep the food at a proper temperature, but many did not.

In some cases, it’s a mistake – the refrigeration unit broke after leaving the warehouse or something like that. But it’s also a way to save money. The refrigeration unit runs on diesel and fuel is expensive. Turning off the unit for much of the trip, then turning it back on before arriving at the destination is not unheard of.

There is little federal oversight for this and Indiana is one of the few states that steps up to check on food delivery trucks.

It doesn’t just have to be a bad carrying temperature, though. The list of items a particular truck might carry is varied. If a tool or some kind of equipment wasn’t quite clean when it was loaded, it might contaminate the truck with a bacteria. If the truck then wasn’t cleaned properly between loads, produce could pick up the bacteria on the way to market.

We’ll have to wait and see if it was a problem with the delivery trucks. The FDA is still investigating the outbreak and has yet to announce new findings.