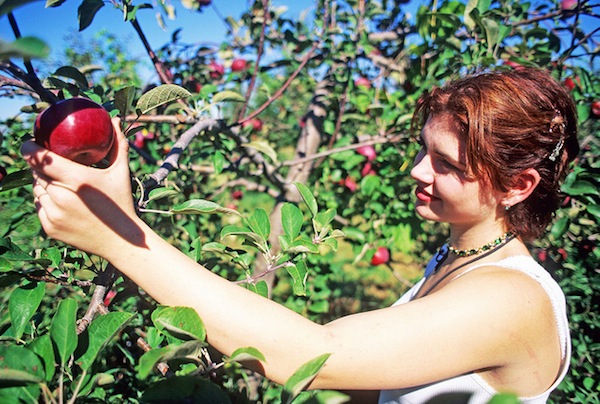 Recent research from the USDA shows that women are breaking the “grass ceiling” as their numbers increase on farms and ranches around the country.

Most women-owned farms are very small with less than $10,000 in annual sales, but about 15,400 of them had 2007 sales of more than $100,000. Unfortunately, however, more women than men rely on off-farm jobs, leading one to believe that farming doesn’t pay all the bills for these pioneering souls. But despite the lack of fortune and fame, women are flocking to farms.

Why? Kathleen Merrigan, former deputy secretary of the U.S. Department of Agriculture, believes it’s partly due to an increased interest in knowing where our food comes from and how it was grown. She also noted in her blog that “one of the most exciting findings of the ERS report is that younger women are entering farming faster than older women are leaving. Women also have a higher land ownership rate than their male counterparts, with 85% of women owning all of the land they farm, compared to 66% of their male counterparts.”

Young organizations, like the National Women in Agriculture Association and Women, Food & Agriculture Network, have formed to support our women farmers. I hope to join their ranks when I start my herb farm one day soon … before I’m 50 … I hope. (During research for this post, I found a wicked good post on our sister site PlanetSave: Ten Mentoring Programs That Can Help the Next Generation of Farmers Via Food Tank. How timely.)

Any women farmers reading this right now? Let us know how you got your start.