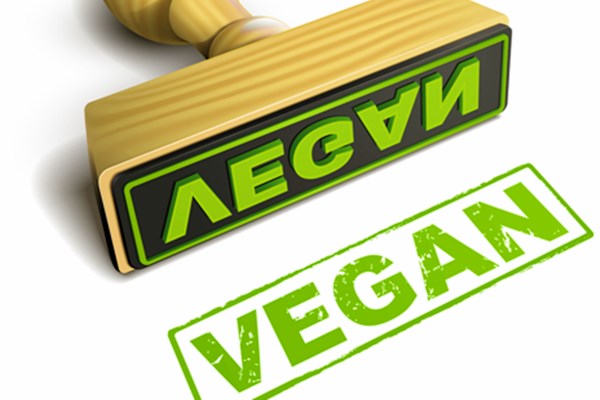 We all absorb gender stereotyping from the world around us. Sometimes it’s overtly and obviously planted in our brains, by people within our social environment:

But often it’s far more subtle, based on norms and nonverbal cues that paint our social landscapes in subtle but pervasive ways. When we integrate these gender-specific cultural concepts into our behavior without reflection, it limits personal choice and (sometimes) good, sound, reason-based decision making.

So step outside what you’ve been told about what ‘real men’ do or don’t eat. Demand the right to define that for yourself! Then consider, reflect, and respond, based on your own values and best judgment rather than those choice-limiting gendered STTD’s (socially-transmitted thought dictums).

Men & Veganism: A Perfect Match! Because…

Male sexual response depends on circulation, so anything that benefits heart health (vegan eating, for example!) confers similar positive effects downstream. Not only does coronary disease itself cause problems, by limiting blood flow to the (ahem) extremities; but many medications used to treat high blood pressure and cardiac problems also suppress male sexual response. So dietary changes that prevent or reduce heart disease can greatly impact your date-night vavavoom, in more than one way.

Men who suffer from diabetes experience a high rate of erectile dysfunction and other urological problems. By embracing a plant-based paradigm, men can reduce diabetes risk and in some cases actually reverse symptoms of the condition — which translates to a more robust love life! You’ll also increase your odds of having more vigorous years in which to enjoy it, as you grow older without romance-killing chronic health problems getting in your way.

Excess weight also puts gentlemen at higher risk for sexual dysfunction. Because of plant foods’ higher fiber and lower fat content, many herbivores find that maintaining or achieving a healthy body weight while eating vegan is easier than they expected, averting many obesity-related urological (and other) health problems before they start.

If you’re planning to start a family, there’s even better news: cutting animal products from your diet may make you more able to do so! Research has linked some meat products (especially those ‘manly’ processed meats like ball-park ‘dogs) to male reproductive problems, in terms of both sperm quality and quantity.

What would you pay for a miracle pill that offered all these sexytime benefits?! Whatever that amount is, I bet it’s more than the cost of kale and lentils —  and eating plants won’t raise your health insurance premiums, either.

If you’re still a single man, I’ll also tell you a nice little secret: because of the gender skew within the vegan community, vegan boys are very popular!

Sex is great and all; but not dying is awesome too!

Men are already at higher risk for heart disease and stroke than women; they already have shorter life expectancy than women. Why would you voluntarily take on extra risk? Why not instead take the reins of the risk factors that you CAN control? A healthy vegan diet isn’t a magic bullet, and it won’t make you immortal. But research suggests that your heart health will benefit, your stroke risk will decline, and your risk of developing type 2 diabetes will plummet.

Those disease clusters kill people, early and painfully! You can’t change ALL your risk factors, but this is one area where you can seize the wheel. Your family needs you to stick around a while! So why not do everything you can to oblige them, and opt out of some diet-mediated death risk?

The potential benefits of plant-based eating extend beyond the walls of the bedroom or the cardiology clinic. If you want to keep your competitive edge in the workplace as you grow older, it just makes sense to take care of your brain. The Alzheimer’s Association offers this advice:

According to the most current research, a brain-healthy diet is one that reduces the risk of heart disease and diabetes, encourages good blood flow to the brain, and is low in fat and cholesterol.

To a large degree, heart health is brain health. An omega-3 enriched vegan diet, in concert with physical exercise and regular engagement in mentally challenging activities, facilitates heart health and sets the stage for keeping your mind sharp as you age. Alzheimer’s disease and other dementias pose complex questions, and don’t lend themselves to one-step solutions; but evidence suggests that diet can make a huge difference in either mediating or exacerbating your risk.

Cognitive decline decimates a person’s ability to work, meet family obligations, maintain relationships, and enjoy recreational pursuits. Like erectile dysfunction, early stroke, or diabetic amputations: why go there if you can opt out (at least to some degree) by just changing how you eat?!

When it comes to sustainability, women aren’t the only ones with a vested interest in not trashing the place! With the exception of a handful of cosmonauts, we’re all stuck on this planet together to an equal degree; so there’s no need for a gender gap when it comes to embracing veganism for environmental reasons.

Animal agriculture tears the place right up for men and women alike, with grim consequences for both daughters and sons; if you’re a fellow who recycles, bikes to work, and turns off lights in empty rooms… why turn off your environmental ethics at mealtime?

It takes strength and confidence to choose your own path, rather than going where you’re pushed. Our culture tends to glamorize and sanction violence, especially among men. But socially sanctioned optional violence is still optional violence: there’s a strength of character that comes from calling it by its name, and choosing compassion instead. Choosing to walk where your conscience dictates, even when doing the right thing means not doing the easy thing, makes for a well-lived life — no matter whether you sit or stand in the restroom.

Habit can be a powerful force, especially when it’s reinforced by pervasive cultural narratives about how men and women ‘should’ behave.

But masculinity doesn’t depend on bacon! And veganism offers some tremendous benefits — with a hefty side-order of life satisfaction — regardless of gender. So there’s just no good reason for that (sexy healthy smart sustainable compassionate) door to be marked ‘Ladies Only.’ Don’t be scared, guys: come on in!

I think you’ll like it here — we have nice cupcakes.