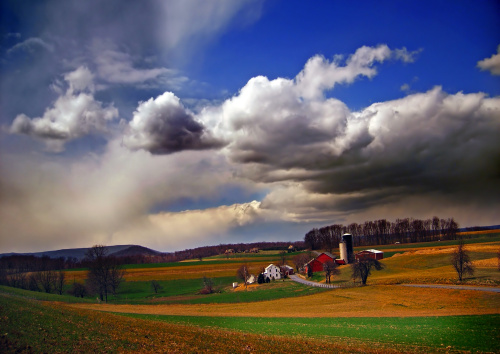 There has been a lot of fear and hysteria surrounding the Food Safety Modernization Act (HR 875) coming from small growers, organic gardeners, and organic consumers alike. HR 875 was introduced by Congresswoman Rosa L. DeLauro, Connecticut, “to separate food safety regulation from drug and device approvals and to restore the balance that has long been missing at Health and Human Service.”
[social_buttons]

“Under the proposal, FDA would be split into an agency responsible for food safety (the Food Safety Administration) and another responsible for regulation of drugs and devices. This move creates an agency solely focused on protecting the public through better regulation of the food supply. The Food Safety Modernization Act would establish a farm-to-fork system for protecting foods that are currently regulated by FDA, which has jurisdiction over 80 percent of the food supply”- DeLauro

Myth: H.R. 875 “makes it illegal to grow your own garden” and would result in the “criminalization of the backyard gardener.”

Fact: There is no language in the bill that would regulate, penalize, or shut down backyard gardens.  This bill is focused on ensuring the safety of foods sold in supermarkets.

Myth: H.R. 875 would mean a “goodbye to farmers markets” because the bill would “require such a burdensome complexity of rules, inspections, licensing, fees, and penalties for each farmer who wishes to sell locally – a fruit stand, at a farmers market.”

Fact: There is no language in the bill that would result in farmers markets being regulated, penalized any fines, or shut down. Farmers markets would be able to continue to flourish under the bill. In fact, the bill would insist that imported foods meet strict safety standards to ensure that unsafe imported foods are not competing with locally-grown foods.

Myth: The bill would implement a national animal ID system.

Myth: The bill is supported by the large agribusiness industry.

Fact: No large agribusiness companies have expressed support for this bill.  This bill is being supported by several Members of Congress who have strong progressive records on issues involving farmers markets, organic farming, and locally-grown foods.  Also, H.R. 875 is the only food safety legislation that has been supported by all the major consumer and food safety groups, including:

For more info on the myths of HR 875, see FactCheck.org. For background info on the bill, read Food and Water Watch’s Background on HR 875.