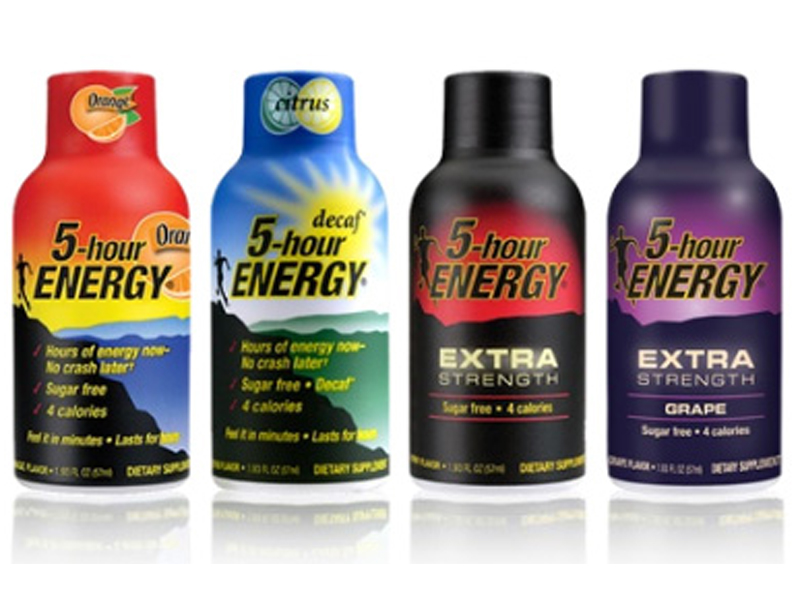 According to Food Safety News, Oregon, Washington and Vermont have filed lawsuits against the makers of the energy drink 5-Hour Energy for making “deceptive” marketing claims. More states are expected to follow.

According to the Oregon complaint, two companies responsible for 5-Hour Energy drinks have been promoting the product with “claims that are false, misleading and/or unsubstantiated by competent, reliable scientific evidence.”

The 5-Hour Energy lawsuits take issue with claims about what 5-Hour Energy actually does, whether consumers experience a “crash,” whether it’s recommended by doctors and whether it’s appropriate for adolescents ages 12 and older.

A large point of contention is whether 5-Hour Energy gives consumers benefits such as extra energy, alertness or focus. The product’s manufacturers have made claims that it’s “packed with B-vitamins for energy and amino acids for focus” and “enzymes to help you feel it faster.”

“[I]n reality the only significant effect from the product comes from its concentrated dose of caffeine.”

The next issue relates to product ads claiming “hours of energy now, no crash later,” and the states point out that the companies’ own research showed that 24% of consumers claimed to have experienced a crash. In 2009 The National Advertising Division of the Council of Better Business Bureaus recommended that the “no crash” claims be discontinued. However, instead of removing the claim, the companies added an asterisk to the “no crash” claim to qualify it as “no crash means no sugar crash.”

While 5-Hour Energy’s much-criticized “Ask Your Doctor” advertising campaign is meant to assure consumers that the product is beneficial and safe, the lawsuits assert that the product’s “3,000 doctors” ad misleadingly portrays the results of the study, which used “unsound methodology.” Don’t forget that thirteen deaths over the past four years have been linked to 5-Hour Energy drinks.

Lastly, the lawsuit argues that 5-Hour Energy should not be marketed to teenagers because the makers have not provided any evidence that it is safe for them. There is no caffeine tolerance level established for children, and, according to the American Academy of Pediatrics, “caffeine and other stimulant substances contained in energy drinks have no place in the diet of children and adolescents.” This is especially disturbing in light of recent studies that show most teens have limited knowledge of energy drink ingredients and had difficulty differentiating them from soft and sports drinks.

For its part, 5-Hour Energy spokeswoman Melissa Skabich said they were not going to “roll over” on the issue. Nice.