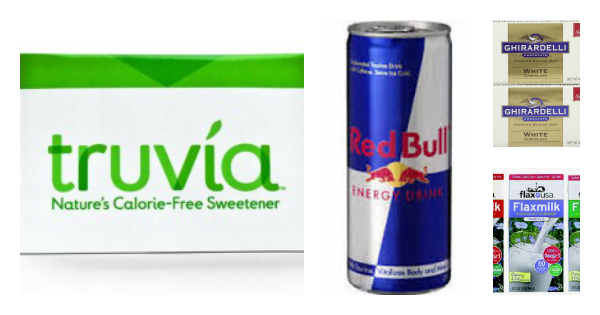 According to ClassActionRebates.com, there were four new food class action settlements in November. This represents just a few of the class action lawsuits against food companies for the misuse of the term “natural,”  which is not surprising given the regulatory gap that exists.

In the food class action Howerton, et al. v. Cargill Inc, Cargill is accused of having labeled and advertised Truvia products as “natural”, when they in fact contained highly processed ingredients or ingredients originating from genetically modified crops.

Furthermore Truvia products were inaccurate or misleading and violated the consumer protection and breach of warranty laws of several states.

Cargill does not admit wrongdoing but has agreed to settle to avoid the expense and uncertainty of prolonged litigation. This settlement resolves two lawsuits. Purchasers of Truvia Sweeteners advertised and labeled as natural From July 1, 2008 through July 24, 2014 and purchasers of Truvia Natural Sweetener in packet and Truvia in the spoonable jar and baking blend forms are eligible for up to $45 cash or $90 vouchers. The deadline to submit your rebate claim is 12/5/2014.

In the food class action Benjamin Careathers v. Red Bull North America Inc & Wolf, et al. v. Red Bull GmbH et al, Red Bull is accused of making false claims in their advertising by claiming that “Red Bull Gives You Wings” and that it “vitalizes body and mind” due to its unique mixture of ingredients that could supposedly improve a consumer’s mental and physiological performance. However, the plaintiffs allege Red Bull is no more effective than a cup of coffee or a caffeine pill.

The manufacturers of Red Bull deny any wrongdoing and stand by their marketing claim. Like Cargill, they have also agreed to settle to avoid a long court process. Purchasers of Red Bull Energy Drink between January 1, 2002 and October 3, 2014 are entitled $10 or $15 in vouchers. The deadline to submit your rebate claim is 03/02/2015.

Ghirardelli stands by its products and marketing practices and contends that its labels were not false or misleading, and that they complied with all U.S. Food and Drug Administration regulations. However – stop me if you’ve heard this one –  to avoid the costs and uncertainty associated with a long litigation they have agreed to settle.

This settlement resolves two different allegations against the manufacturer of Ghirardelli Products. The list of products is too long to include, but consumers are entitled to up to $24 per household without proof of purchase and is unlimited for those submitting valid documentation.Valid claims will receive $1.50 for each bag of Ghirardelli White Chips and $0.75 for any of the other qualified purchases. The deadline to submit your rebate claim is 03/19/2015.

In the food class action Garo Madenlian, et al. v. Flax USA Inc, the plaintiffs alleged that Flax USA deceptively labeled some of their FlaxMilk products by including statements like “all natural” when in fact their products contain artificial or synthetic ingredients. The unnatural ingredients are:

Flax USA denies the allegations and contends that the statements “All Natural Dairy Free Beverage*/*Added Vitamins & Minerals,” read in combination, do no not represent that the added vitamins and minerals are “all natural.”

To avoid the expense and uncertainty associated with litigation the manufacturer has decided to settle. Consumers of the shelf-stable, non-refrigerated Flax USA Flax Milk Original, Unsweetened and Vanilla sold in 32-oz size cartons from Nov. 5, 2009 to Sept. 22, 2014 are eligible for up to $32 in rebates.