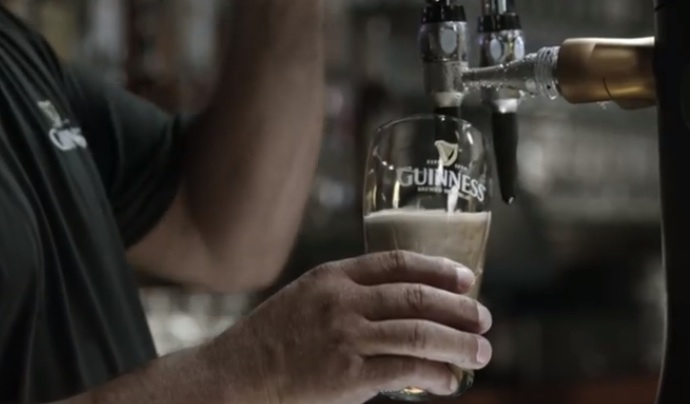 I spend a lot of time thinking about bad food marketing. Whether it’s misleading or false advertising, or wasteful packaging, there’s a lot wrong in the world of food and beverage advertising. But, truth be told, it’s not all bad. In fact, there are some ads that are definitely worth watching.

I got the idea from the TED website. I was looking for something else when I clicked through to their Ads Worth Spreading page.

Ads Worth Spreading is TED’s initiative to recognize and reward innovation, ingenuity and intelligence in advertising — to highlight the ads that people want to see and share with their friends. An ad worth spreading is a short way of communicating an idea. What makes these ideas powerful is that they have a life of their own; an idea can reset someone’s worldview and even begin a domino effect as they pass it on to friends.

Their goal is to celebrate ads that communicate ideas in an exceptionally powerful way.  The following four beverage and food ads are about friendship, loyalty, protecting the environment, and saving farms.

This ad was one of TED’s 10 winners of the 2014 Ads Worth Spreading challenge. Guinness is a popular Irish dry stout that originated in the brewery of Arthur Guinness (1725–1803) at St. James’s Gate, Dublin. It’s one of the most successful beer brands worldwide, brewed in almost 60 countries and available in over 100. TED judges chose this Guinness ad because of its surprise heartwarming twist and how it “embodies the best qualities of friendship (and storytelling).”

2. Back to The Start by Chipotle

This short film by Chipotle isn’t exactly an ad, but it deserves to be seen.  As I mentioned in an earlier post, its rare to see a big company promote sustainable food systems. Even rarer to see them do it in an engaging and accessible way.  But, that’s what Chipotle has done with its short film Back to The Start. The film starts with country music legend Willie Nelson’s rendition of Coldplay’s haunting classic ‘The Scientist’ and makes use of awesome animation to draw the viewer in. Made in 2011, Back To The Start depicts the life of a farmer as he slowly turns his family farm into an industrial animal factory before seeing the errors of his ways and opting for a more sustainable future. Both the film and the soundtrack were commissioned by Chipotle to emphasize the importance of developing a sustainable food system and it has been viewed more than 8.2 million times on YouTube. It also, as it turns out, was a TED winner in 2013.

This ad for Coca-Cola just about sums up the experience of parenthood.  From the joy to the, well, um, not so much joy of it all.  MAde me smile, especially the ending.

I love this whole series for Snickers. Who doesn’t know what a good snack can do for a grumpy day.  I do. But this one with Betty White is priceless. Or as Popsugar noted: “Not only did Betty White and Abe Vigoda both make cameos, they get down and dirty in a serious football game. Betty White couldn’t have been any cuter.”