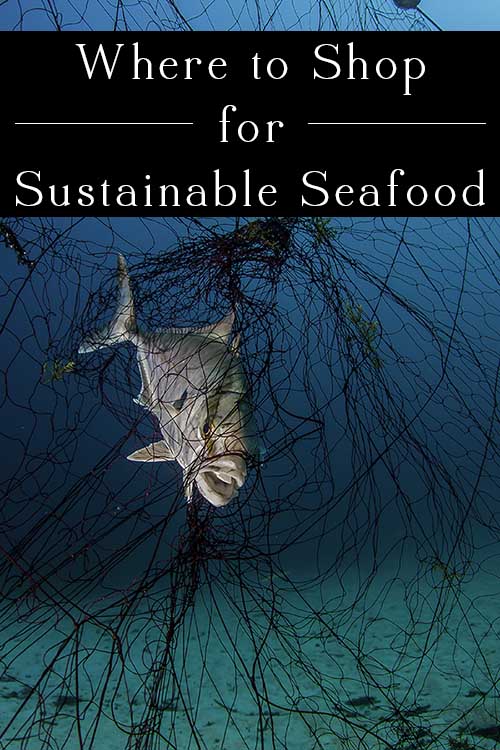 Every year, Greenpeace compiles a sustainable seafood list. Now in its ninth year, the Carting Away the Oceans report ranks the top retailers in the nation based on the sustainability of their seafood.

The survey takes into account everything from corporate policies to sustainability initiatives, transparency of information, and types of seafood sold. Anything on the Greenpeace Red List of threatened species is strictly off limits, for instance. For the third year in a row, Whole Foods took top honors, while Publix, A&P, and Save Mart came in last.

According to Greenpeace, one of the most powerful decisions consumers can make is where to buy their seafood. “The report is really looking at how these companies can take leadership roles, whether that’s through their policies or the way they communicate with customers,” David Pinksy, the report’s author and Greenpeace’s senior oceans campaigner, told ThinkProgress. “When we look at them in terms of revenue, it’s very important that these large companies are doing the right thing.”

This year, four retailers scored seven or higher in  the rankings. Pinsky says these stores — Whole Foods, Wegmans, Hy-Vee, and Safeway — all have strong sustainability policies that guide their purchasing and do an especially good job of providing information about their seafood and sustainability commitments to customers. 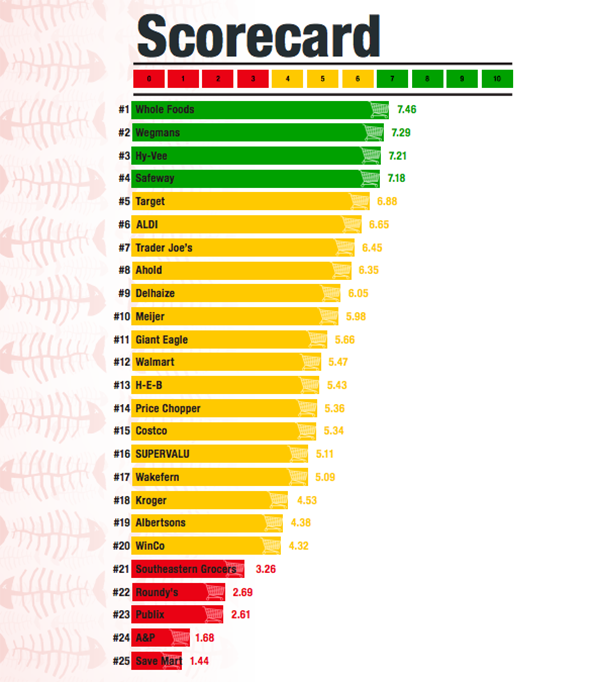 “Each of them has taken steps to confront illegal fishing. They’ve called on Congress to pass legislation; they’ve all called for protection of sensitive marine habitat; and they are actively working to offer more sustainable canned tuna,” he said.

Since 2008 when the sustainable seafood list first began, many retailers have made significant progress toward implementing more sustainable seafood policies, Pinsky says. This year, 80 percent of the 25 retailers surveyed received a passing score. While that progress is good news, he notes that many others are still lagging behind in addressing the need for marine sanctuaries and sustainable tuna fishing. Human rights abuses against those in the seafood industry are also overlooked.

“The conversation is there, and we have started to see some shifts in terms of what companies are supplying,” Pinsky said. “I think the big challenge right now goes back to human rights abuses, and how are supermarkets going to rise to the challenge here. That is absolutely the task ahead that they need to address.”

The Greenpeace report is meant to encourage retailers to use their buying power to prioritize the need for sustainably sourced seafood. “The call is out there for major companies, like Walmart, Kroger, Publix, and Albertsons,” Pinsky said. “It’s time for them to get in the game and really prioritize this.”

But customers can also use their buying power to create change. For those who can’t afford to shop at Whole Foods or don’t live near a Wegman’s, Pinsky suggests a simple action: Talk to your grocery store directly. “Share with managers in these stores, ask questions. If folks are concerned about human rights abuses or they want to see something that is more sustainable, simply asking the seafood staff counter is a very powerful thing to do.”

Ultimately, sustainable seafood is not just the job of Greenpeace. It’s everyone’s responsibility.