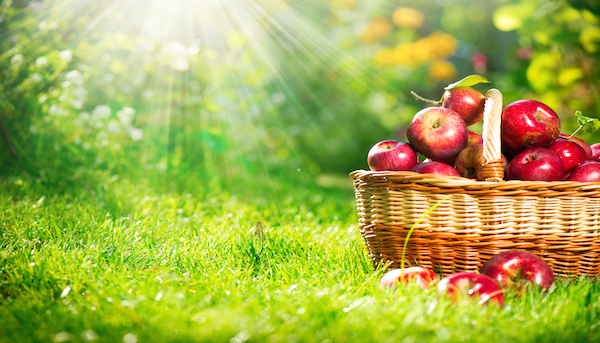 The Environmental Working Group has released its 2014 guides to pesticides in produce. The ‘Dirty Dozen’ and ‘Clean Fifteen’ lists showcase the fruits and vegetables with the most and least amount of pesticide residues.

Apples have topped EWG’s list since 2011, and are in the top spot once again, with more traces of pesticides than any other conventionally-grown fruit or vegetable. This is disturbing news particularly for parents as those pesticides are also found in baby food, apple juice, apple sauce and other apple products commonly given to children.

Another fruit commonly given to children in a number of forms, grapes took the number three spot on the ‘Dirty Dozen’ list.

Avocados topped the ‘Clean Fifteen’ list for containing the least amount of pesticides. Also on the clean list is sweet corn, pineapple, cantaloupe and mangoes.

The group added dark leafy greens kale and collards and hot peppers as “Dirty Dozen Plus” items. Even though they failed to meet EWG list criteria, their pesticide loads were notable.

“EWG publishes its annual rating of conventional foods with the most and least pesticide residues to fill the void left by the U.S. Environmental Protection Agency, which has largely failed to tell Americans all they have a right to know about the risks of pesticide exposure and ways they can reduce pesticides in their diets,” the group said in the report.

As always, the list highlights the benefits in purchasing organic fruit and vegetable options as organically grown produce does not allow herbicide or pesticide applications.

For the complete list and more information on the amount of pesticides in produce, visit EWG’s website.