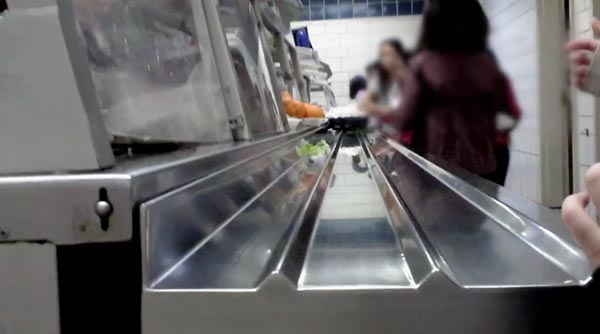 We’re big fans of school lunch reform around here, so I couldn’t resist sharing this trailer that I ran across! Fourth grader Zachary Maxwell used hidden cameras to document the underbelly of his school’s lunch program and used the footage to create a documentary about it. Here’s the trailer:

The film – Yuck: A 4th Grader’s Documentary About School Lunch – debuted in 2012 as part of the NewFilmmakers regular Fall Series, and since then has received critical acclaim. ABC News talked to Maxwell about his film:

During Zachary’s investigation, he compared descriptions of lunch items on the school-provided menu with secretly recorded video of what he was actually being served.

“It sounded like it was coming from the finest restaurant, but what we were actually getting served, it wasn’t too good.”

The next showing of Maxwell’s film will be on June 21, 2013 at the Manhattan Film Festival.

Image Credit: Screenshot from the video above