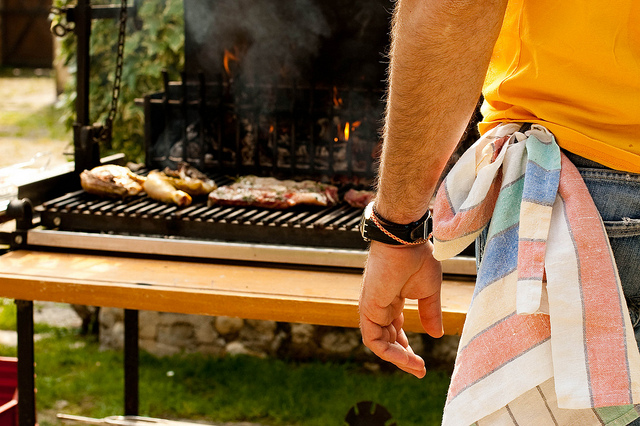 via University of Alberta

AFNS food researchers have made the surprise discovery that cooking ground beef at 71C (160F) — one of the recommended cooking temperatures long advised by Health Canada — does not always eliminate all the strains of Escherichia coli, a bacterium that’s found in the gut of both humans and animals.

That’s significant because while not all E. coli are harmful, the nasty strains, such as E. coli O157, can cause kidney failure or even death.

“We’ve been hammering consumers for years to cook chicken properly, to handle it properly, and to do the same with ground beef but still we seem to have these outbreaks of E. coli (attributed to hamburgers),” said food microbiologist Lynn McMullen.

For decades, scientific papers about the thermal killing of microorganisms have noted that there were sometimes survivors. But little attention was paid to that information until 2008, when McMullen and Gänzle assigned a student to look for differences in thermal survival amongst organisms in a large collection of E. coli from beef, which the U of A happens to house.

The first student, Elena Dlusskaya, showed that one organism had survived for 70 minutes at 60C. Both professors felt her study must be flawed, because most E. coli are killed just a few seconds after such heat application. Repeating her experiments twice produced the same odd results.

Then Dlusskaya compared her cultures to those from other labs, which already had published survival values. Again, she found that some of the U of A’s cultures were behaving differently.

“These organisms aren’t supposed to survive, but every once in a while they do,” said McMullen. “So we decided to find out why. We looked at the genomes to see what was different.”
Working with postdoctoral fellow Ryan Mercer, they discovered a suite of 16 genes that are found only in the highly heat-resistant strains of E. coli under wet conditions (i.e. fresh meat). This genomic grouping is called the locus of heat resistance, or LHR.

Hunting through the genome databases for LHR, they saw that it exists in about two per cent of all E. coli in the databases and is present in both the harmless and pathogenic strains.

“If it’s in two per cent of all E. coli, and in pathogenic E.coli, there’s the potential that a pathogen could survive the standard cooking protocols for ground beef. It could mean we have to change the guidelines for cooking meat, because 71C may not be enough.”

The team is now searching for how prevalent this problem of occasional survival is across strains of E. coli and other bacteria that are closely related to E. coli. And importantly, how often will pathogenic E. coli survive in cooked meat?