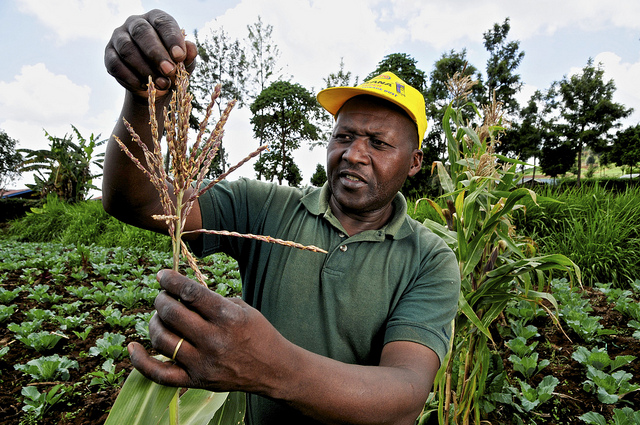 A chilling study has found that climate change could kill more than 500,000 adults in 2050 around the globe.

According to new estimates from the Oxford Martin Future of Food Programme published in the journal The Lancet, changes in diets and bodyweight from reduced crop productivity could kill more than 500,000 adults in 2050, providing the strongest evidence yet that the impact of climate change has far reaching consequences beyond just the environmental.

Related: One Cause of Global Warming that We Overlook

The first-of-its-kind modeling study was led by Dr Marco Springmann from the Oxford Martin Programme on the Future of Food, and assessed the impact of climate change on diet composition and bodyweight. Accordingly, unless action is taken to reduce global greenhouse gas emissions, climate change could cut the projected improvement in food availability by approximately a third by 2050, which in turn would lead to average per-person reductions in food availability of 3.2%, or 99 kcal, fruit and vegetable intake by 4.0%, or 14.9 grams per day, and red meat consumption by 0.7%, or 0.5 grams per day.

“We found that in 2050, these changes could be responsible for around 529,000 extra deaths,”explained Dr Springmann. “We looked at the health effects of changes in agricultural production that are likely to result from climate change and found that even modest reductions in the availability of food per person could lead to changes in the energy content and composition of diets, and these changes will have major consequences for health.”

Tragically, by 2050, reduced fruit and vegetable intake could cause twice as many deaths as under-nutrition.

Unsurprisingly, three-quarters of all climate-related deaths due to changes in food production are expected to occur in China and India.

Specifically, the report found that countries more likely to be affected by climate change’s impact on food are low- and middle-income countries such as those in the Western Pacific region, which will see an additional 264,000 deaths, and Southeast Asia, with an additional 164,000 deaths. China and India will see climate-related deaths increase by 248,000 and 136,000 respectively.

The answer is simple — cut emissions. According to the report, cutting emissions could reduce the deaths by anywhere between 29% and 71%, depending on the strength of the emissions interventions.

“Climate change is likely to have a substantial negative impact on future mortality, even under optimistic scenarios,” Dr Springmann continued. “Adaptation efforts need to be scaled up rapidly. Public-health programmes aimed at preventing and treating diet and weight-related risk factors, such as increasing fruit and vegetable intake, must be strengthened as a matter of priority to help mitigate climate-related health effects.”