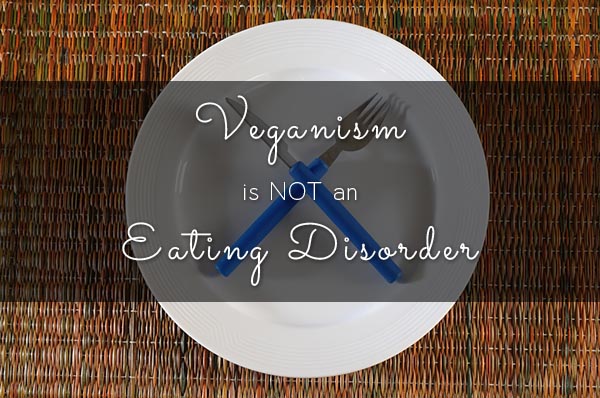 Let’s talk about The Blonde Vegan, orthorexia, and supporting vegans (and ex-vegans) with health issues.

The Blonde Vegan giving up veganism isn’t news, but now the popular food blogger has a book coming out about her “escape from veganism,” so she’s back in the media. Let’s talk about veganism, orthorexia, and supporting vegans (and ex-vegans) with health issues.

I do not begrudge Jordan Younger’s decision to give up veganism. She’s not the first vegan to go back to animal products, and I’m sure she won’t be the last. What does bother me about her new book, though, is that it’s inspiring misinformed articles that essentially call veganism an eating disorder.

Jordan Younger’s veganism was not solely responsible for her poor health. A debilitating eating disorder called orthorexia was at the heart of her health issues. No one can live on the 800 calories-a-day diet that she was eating. Of course, I wish that she’d tried to beat her eating disorder while still protecting animals, but I am glad that she is healing herself.

Orthorexia, like anorexia, is a serious illness. It makes sense that some vegans suffer from this disorder. Veganism can be a great excuse to refuse foods and severely limit what you’re eating. My worry is that Younger’s book is blurring the line between a vegan with an eating disorder and the idea that veganism is an eating disorder.

As a long-time vegan, I can tell you that you can easily eat enough calories to thrive on a vegan diet. I know plenty of vegans who are at or above a healthy weight. Veganism is not about deprivation. When we focus on veganism and health, I think it’s important that we not focus so much on weight loss. Sure, cutting out whole food groups will help you lose weight, but if you learn to eat a balanced vegan diet, chances are you’ll put at least some of that weight back on.

Not all ex-vegans struggled with eating disorders, though, and some vegans (like many omnivores) do face other legitimate, diet-related health issues. I think that blaming and shaming ex-vegans creates a climate where struggling vegans feel afraid to speak up. It’s an issue that Sayward Rebhal addressed in a heart-felt blog post back in 2013 that I encourage you to read.

When Rebhal’s health was failing, she felt helpless and alone. Not everyone has the strength to pursue as many avenues as Rebhal did while coping with serious health problems. As someone who’s dealt with severe health issues in the past (not diet-related, in my case), I can tell you that it wears you down. Over time, you become more and more willing to try anything that might help you heal.

Ginny Messina, one of my favorite vegan nutrition resources, has a whole section of her site dedicated to preventing ex-vegans. There are more issues at play than just health, and she does a great job laying things out in a solution-based way.

We need to talk about these issues openly and without judgement, so that struggling vegans have access to the information and resources they need to get back on track.