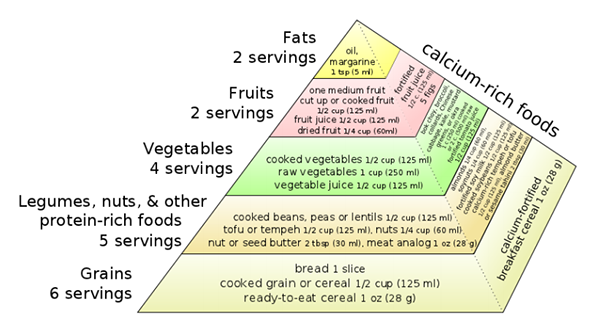 October 1st marked the 38th annual International Vegetarian Day. Established in 1977 by the North American Vegetarian Society, the yearly event went international a year later, in 1978, when it was endorsed by the International Vegetarian Union. Originally started “To promote the joy, compassion and life-enhancing possibilities of vegetarianism,” the event now raises awareness for the ethical, environmental, health and humanitarian benefits of a vegetarian lifestyle.

In the almost four decades since, vegetarianism and veganism have become more than daylong celebrations. Both have grown into ways of life for millions of people around the globe. In America alone, 7.3 million people identify as vegetarian and one million Americans report being vegan.

What is behind the rise in vegetable-centred diets?

First, we should define the key differences between vegetarians and vegans. While there is still some debate over the full criteria of each category, it is common knowledge that vegetarians eat a plant-based diet but may also consume dairy and eggs. Vegans, on the other hand, are stricter in their observance of eating a plant-based diet. They do not eat any dairy, eggs, or other animal byproducts. Vegans looking to fully optimize their health often choose a raw food vegan diet, in which no foods are cooked above 118F.

The growth in popularity of vegetarian and vegan lifestyles can be attributed to a number of factors: increased awareness of environmental tolls, the advent of social media, the vast array of food options, and a desire to live sustainable, environmentally conscious lives.

Reducing carbon footprints and living sustainably is one of the most often cited reasons for going vegan. It’s estimated that Americans consume a half a pound a meat a day. Multiply that by 365 days a year, and you can see why meat consumption is a timely issue. Feeding the mass amounts of cattle, poultry, and other meats also adds to agriculture’s carbon footprint and reduces farmland where sustainable, local fruits and vegetables can be grown.

Embracing a vegetarian or vegan lifestyle is not an overnight process — those who are successful in eliminating meat from their diet point out that a steady ease into the diet is best. “It is usually a gradual change, such as giving up red meat first, then white meat, then fish, then dairy, etc. Even a small change is better than no change at all, and many people are doing this lately, all for the benefits,” wrote Kash Doche for the News Activist.

Paul C. Albert*, a Markham, Ontario based nutritionist and vegan, believes the ever-growing popularity of veganism is evidence of a society that wants to help heal the earth. “We need to find a way to balance or existence with that of living creatures on earth,” Paul Albert said. “The rate of human consumption is unsustainable if we don’t make key changes sooner than later.”

As a nutritionist, Paul Albert advocates a vegan lifestyle because of the many health benefits. “A well-rounded vegan diet will boost magnesium, potassium and folate levels which helps you absorb calcium better, detoxifies and helps cells regenerate,” said Albert.

We have always been plant eaters, so adjusting to not eating meat is not that big of a change. It is also a lot easier to find healthy, flavorful vegetarian and vegan foods and meal options. “Companies have really stepped up and embraced that vegans and vegetarians are here to stay and deserve to have great foods.”

Last year, the UK meat-free sector alone made 657 million dollars. That number had grown by almost 30 million dollars from the previous year, evidencing that there is a certainly a market and growing demand for plant based options.