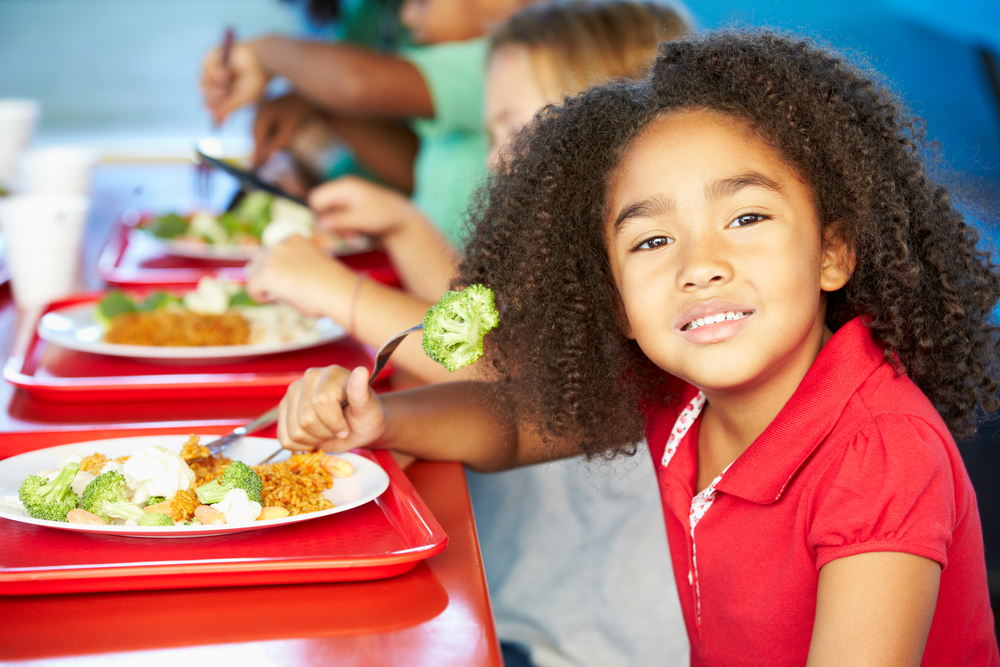 Okay, so as every parent knows, kids are pure evil. I’ve watched my almost-two-year-old daughter torture cherry tomatoes like they were on trial for war crimes. (Just mine? Really?) But here’s proof that it’s not just your kid (or, ahem, mine): They’re throwing away perfectly good-for-them fruits and vegetables. Duh, you’re thinking, right? That’s not news. What kid doesn’t scoff at Brussels sprouts? Or turn up their nose at a prune? But mommies and daddies, now we have actual SCIENCE to back us up. Pass the wine.

A new paper published in the recent issue of Public Health Reports found that offering more fruits and vegetables to students actually encourages them to eat less of them. Pure evil, right?

The study looked at two schools that provided fruits and vegetables through the Healthy Hunger-Free Kids Act. These provisions were a mandatory part of the program. And guess what? The more fruit and salads the kids took, the more they threw away. The researchers took actual pictures to prove it. Cue sad trombone.

Related: Childhood Hunger’s Genetic Legacy, How to Get Kids to Eat Vegetables

Okay so maybe all of the kids aren’t that disgusted by healthy foods, “It was only about a tablespoon less, in terms of consumption,” Sarah Amin, lead author of the paper told Grist’s Nathanael Johnson. But according to Johnson, this evidence does “add some weight to the critique by the School Nutrition Association, which has argued that the new rules make the lunch programs too expensive and made the food unappealing to students.” And he says, “The U.S. Government Accountability Office also noticed a sharp drop-off in the number of students taking school lunches, and offered its own recommendations.” If they’re not taking school lunches, what are they bringing instead? I’m pretty sure that it’s not salad and apples.

There’s some good news, too. Johnson reports that Harvard researchers found in one study kids who were receiving school lunches actually increased their fruit and veggie consumption. But in another study, only younger kids were eating more fruits and vegetables while older kids tossed more, presumably opting for the blood of younger children, sweetened by all that fruit.

“Congress is supposed to decide whether to reauthorize the Healthy Hunger-Free Kids Act next month,” reports Johnson. It’s a wasteful program if healthy food is winding up in the dumpster instead of growing children. After all, one-third of global food production is already being trashed. And it would be tragic for the kids who do actually eat the food, if the program were to be nixed.

While critics of the Healthy Hunger-Free Kids Act may blame the politics, I’m going to point the finger back at us. You know, the terrified and possibly drunk parents.

If we want to prevent our children from leaving trays full of uneaten healthy food, perhaps we as parents have to be more diligent about feeding fruits and vegetables to our children in the first place. I know. It’s tough, I won’t lie to you. Having a ravenous-slightly-rabid child at the table screaming for noodles ‘Exorcist’ style is enough to put anyone off. But here’s the thing: funny faces, and tiny nibbles, and even blood-curdling screams don’t actually mean the child hates the food. Really. In fact, it can be quite the opposite. There’s a whole “getting used to it” process for kids, and it can take a few dozen tries before a taste for a certain food develops. And there’s also that moment when hunger trumps their possessed taste buds and their rapidly stretching bodies will take any nutrients they can get, even if they’re dark and leafy.

Start early—make first foods vegetables and not-to-sweet fruits. In fact, eat lots of them yourself while you’re pregnant (my daughter loves kale and beans I assume for that very reason). And while there still doesn’t seem to be any sure fire way to make children less evil, more broccoli seems to be a lot better at it than even small amounts of Baskin & Robbins.