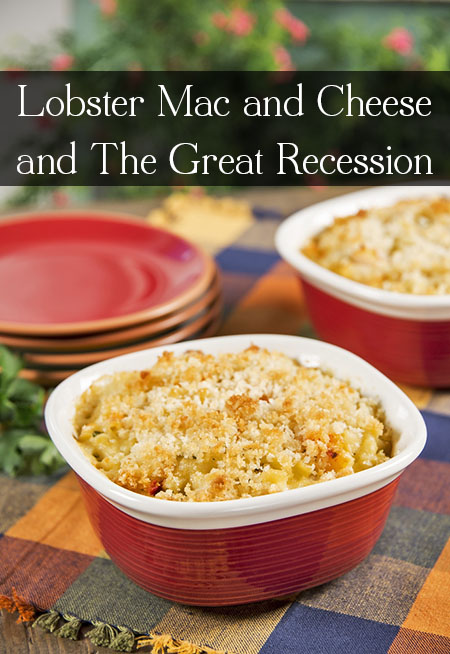 Lobster mac and cheese is super hip right now, and the economics behind this popular dish are fascinating. The Canadian lobster industry has experienced price volatility in recent years due to an unexpectedly high volume of lobster. In Canada, environmental regulation was so successful at protecting the stock of lobster that the supply well exceeded historical landings. This unanticipated influx of product to the market along with lack-lustre demand dragged prices so low that the Maritime region experienced adverse socioeconomic effects. While this situation may have been difficult to predict, it outlines the importance of simultaneously considering the economic, social and environmental impact of sustainable development.

Related: The 5 Most Allergenic Animal Foods

The History of Lobster

Prior to the crustacean’s role on the New Year’s Eve menu, lobster was considered a poor man’s food and was used as a fertilizer. Demand was so low and lobster so abundant that a reported four-foot lobster was caught in 1885. While the “canner” industry started picking up speed in the 1870s, it wasn’t until production technologies allowed for efficiencies in the 1950s that lobster became a “valued commodity.”

The Industry Prior to the Recession

The Canadian lobster harvesting industry is heavily regulated and considered one of the strictest conservation strategies. The minimum size of a lobster can be anywhere from 72 to 84mm(approximately 2 to 3 inches) depending on the region, lobster cannot be harvested betweenJuly and September and the number of licenses and traps is fixed – in order to start fishing, one has to buy a license from another fisherperson. Conservation measures were so successful that approximately 29 million pounds of lobster were caught in Prince Edward Island (P.E.I.) in 2014 and larger numbers are expected for the 2015 season.

The global recession brought with it changes in demand. Financial adversity in Europe and the United States reduced enthusiasm for product – places that would have otherwise been keen markets. The strong Canadian dollar relative to the U.S. dollar also didn’t help the exporting industry since approximately 80 percent of Canadian lobster is sold to the U.S.

In addition to weakened demand, the supply side was experiencing record lobster hauls; volume increased 63 percent over a five-year period from 2007 to 2012 (190 million to 300 million pounds in Canada and the U.S.). Buyers were having a hard time handling the glut and even shipped ungraded lobsters to processing plants that could have otherwise been sold in the live market. The abundance in the United States was explained in the NY Times as primarily due to warmer water temperatures, a reduction in predators from overfishing of cod and historic success in lobster conservation measures.

All harvesters were impacted, though Prince Edward Island fisherpeople were particularly hard hit since shore prices on the island are consistently below those in neighbouring Maritime provinces. With CAD$5/pound (approximately US$4.97/pound using a May 8, 2013 exchange rate of 0.99384 from Oanda) as the break-even cost of production for a fisherperson, the 2013 Island market price of between CAD$2.75 (US$2.73) and CAD$3.50 (US$3.48) wasn’t enough for harvesters to cover costs. In an effort to maintain revenues, fisherpeople caught higher volumes which further fed the price drop.

In parallel, Maine was experiencing similar prices at the shore and the community noted that the reduction wasn’t necessarily translating to a lower customer bill. The reason for this is unclear. Some speculated value was getting lost in bottlenecks in the supply chain from the unexpected excess. A handful of harvesters in P.E.I. and Maine believed the other country was taking in the difference in profits. There were also rumours in P.E.I. that processors were colluding to pay below market shore prices. While the Maritime Lobster Panel Report did not have the technical ability to investigate this allegation, they concluded that the industry structure left it vulnerable to collusion. An MRSB consultancy report that further explored the topic opined that the shore price was “realistic” given the situation of the market.

With an insufficient shore price to cover costs, the fisherpeople went on strike. The strike, starting on May 9, 2013, lasted until May 13, 2013 when harvesters returned to work out of necessity despite unsuccessful attempts at negotiating a higher shore price.

Lobster fishing can be a volatile profession since the shore price is often not reported until after traps are required to be set — at which point some costs are already incurred. Better predictability of prices is one proposed improvement to the industry so fisherpeople can rely on more than just rumours. More accurate expectations would allow harvesters to better decide on whether they should move back to the Island and fish for the season or continue working in Alberta’s oil fields.

What Is The Government Doing?

As a result of this socioeconomic adversity, the Government of Canada responded with CAD$50 million (approximately US$45 million using the date of the announcement as the conversion day) for a task force to determine a long-term plan and CAD$15 million (approximately US$13.5 million) to assist fisherpeople who were particularly affected. A one-cent levy to create a marketing board was one of the solutions proposed by the strategic panel and has already been approved by stakeholders. Thelevy will be paid by both the harvesters and the buyers starting in the 2016 season. This initiative mirrors similar efforts in Maine to rid homarus americanus of its luxurious reputation. In particular, lobster mac and cheese was created and demand for North American lobster has accelerated in Asia.

In addition to the levy, both P.E.I. and Nova Scotia fisherpeople are now allowed to hold two licenses if a percentage of the traps from the second license are retired. This permits economies of scale for the fisherpeople and provides an opportunity for harvesters wishing to sell their license to exit the industry. P.E.I.’s provincial government is even providing funding for holding facilities in an attempt to moderate future supply and demand mismatches. On top of these changes, some Maritime provinces have already sought sustainable certification as part of their marketing strategy.

The Future of Lobster

Though the price crisis seems to have subsided, what will the future hold for the lobster industry? Will marketing efforts successfully re-characterize lobster as an everyday product in the eyes of the consumer? Is this the first of many supply and demand mismatches and resulting price volatility? How will climate change and warmer temperatures affect agricultural and fishery industries in general? And how can we protect ourselves and the fisherpeople from future fluctuations?

Repulbished with permission from The Inspired Economist; image via Shutterstock