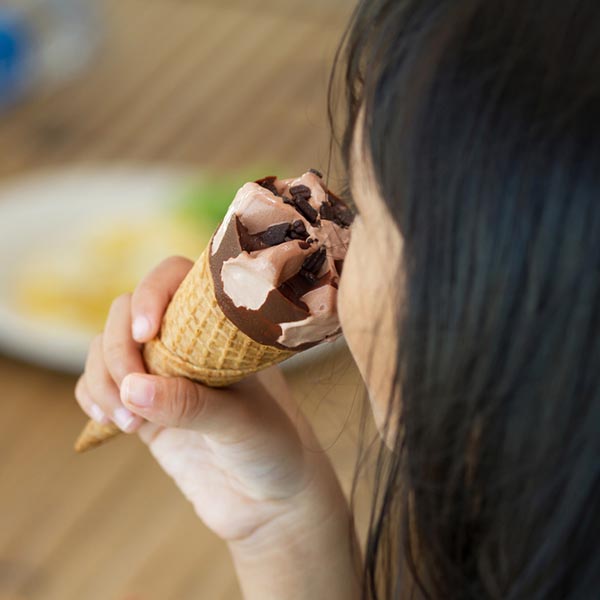 A common food additive found in processed food is linked to obesity, colitis, and metabolic syndrome, according to new research from Georgia State University published in the journal Nature.

The GSU research found that emulsifiers – used to extend shelf life and prevent food from separating – alter our gut flora and promote intestinal inflammation. These changes are linked to a host of health problems: obesity, inflammatory bowel disease (including Chron’s disease), ulcerative colitis, and metabolic syndrome.

Study co-author Andrew T. Gewirtz explains that, “A key feature of these modern plagues is alteration of the gut microbiota in a manner that promotes inflammation.”

Lead study author Benoit Chassaing says that what led the team to look at food additives was the sharp rise in these disorders, “despite consistent human genetics, suggesting a pivotal role for an environmental factor. Food interacts intimately with the microbiota so we considered what modern additions to the food supply might possibly make gut bacteria more pro-inflammatory.”

Emulsifiers became a popular food additive around the same time that these disorders were on the rise, so they decided to see how mice who ate a diet including emulsifiers compared to ones who didn’t. They found that mice who ingested emulsifiers tended to experience colitis and inflammation, which caused them to overeat and gain weight.

Gerwitz says that this research doesn’t discount the idea “that over-eating is a central cause of obesity and metabolic syndrome.” Instead, it sheds some light on why some people tend to overeat more than others. The GSU research suggests that “low-grade inflammation resulting from an altered microbiota can be an underlying cause of excess eating.”

The researchers also say that this research suggests that the way we test and approve food additives may not be protecting public health.

So, how can we avoid emulsifiers? The most obvious route is to avoid processed food whenever possible. If you do want to buy convenience food, here are some common names for emulsifiers that you should look out for on labels. The first two on the list (in bold) are the ones that the GSU researchers studied.

And these are foods that most commonly contain emulsifiers, though these chemicals can lurk in products that aren’t on this list as well:

This study is part of the mounting research indicating that healthy gut bacteria is key to our overall health. Avoiding emulsifiers is only one way to protect our overall gut health. Red meat messes with your gut bacteria, so choosing plant-based proteins can support gut health. Eating probiotic foods can also make a big difference in maintaining a healthy gut. Pass the kombucha, please!