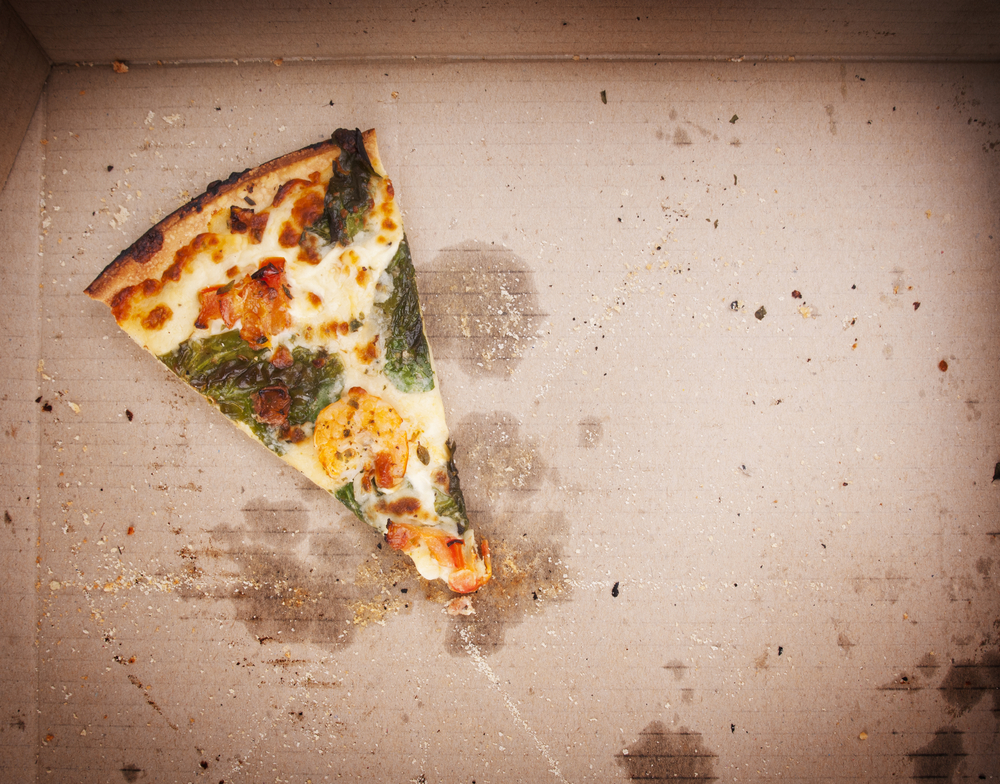 Did you know that you can’t recycle paper once it has food grease on it? On college campuses, that means tons of cardboard headed to landfills. Enter: The Pizza Box Project.

Jeff McIntire-Strasburg shared this awesome initiative over on our sister site Sustainablog, and I am into it! College campuses around the U.S. have started composting their pizza boxes with The Pizza Box Project and diverting hundreds of tons of waste from landfills in the process.

Grand Valley State University and Miami University in Ohio are both taking part in the Pizza Box Project. Jeff points to North Carolina State University as a prime example of how sucessful this project can be. He says, “Implemented in February of this year, the school’s Office of Waste Reduction and Recycling claims that the school now composts ‘an average of 370 tons of year.’ The dumpsters with pizza logos on them joined an existing composting program focused on the organic waste coming out of university dining halls.”

Beyond The Pizza Box Project: Pizza Box Composting for the Rest of Us

Of course, college campus isn’t the only place that generates greasy paper waste like pizza boxes. If you’re lucky enough to live in a town with municipal composting, you can usually toss paper trash like pizza boxes or natural wax paper into your compost pile. If you use a composting service, like my husband and I now do, they’ll also take that cardboard and paper.

Backyard composting might not get hot enough to break down old pizza boxes. In a backyard bin, you also have to worry about the grease inviting maggots into your compost. Take it from someone who is terrible at composting: a maggot-ridden bin is horrifying.

How do you dispose of paper and cardboard waste that’s come into contact with food? Do you go to a school that participates in The Pizza Box Project?