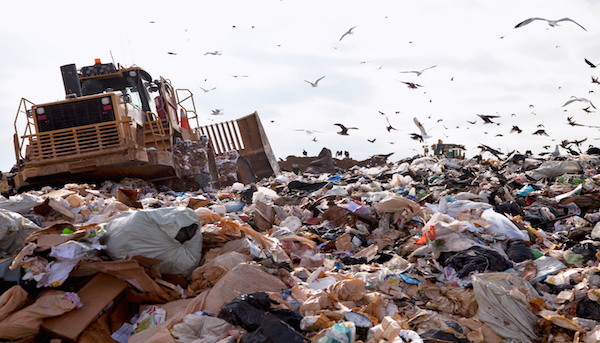 Think letting that banana rot is no big deal? New stats on wasting food will have you rethinking wasting even a crumb of bread. Seriously.

According to the Washington Post, in 2012 (the most recent year for data on U.S. total food waste), Americans sent 35 million tons of uneaten food to landfills. “That’s almost 20 percent more food than the United States tossed out in 2000, 50 percent more than in 1990, and nearly three times what Americans discarded in 1960, when the country threw out a now seemingly paltry 12.2 million tons,” reports the Post. “In 1980, food waste accounted for less than 10 percent of total waste; today, it makes up well over a fifth of the country’s garbage.”

And here’s the real shocker: “Americans, as it is, now throw out more food than plastic, paper, metal, or glass—and by a long shot.”

Not that throwing out plastic, paper, metal or glass is acceptable either, especially in our current and potentially terminal climate crisis, but that we’re throwing out more wasted food than anything else is downright unacceptable. Because it’s not just that we’re wasting food that could be feeding hungry people. We’re wasting the water used in growing or raising the food. The fossil fuels used in transportation. The energy and resources in processing, packaging and cooking. In far too many cases, we’re spraying dangerous chemical herbicides and pesticides known to be harmful to people, pollinators and our precious environment, just for that food to wind up uneaten and rotting in a landfill.

“Landfills full of decomposing food release methane, which is said to be at least 20 times more lethal a greenhouse gas than carbon dioxide,” explains the Post. “And America’s landfills are full of food—organic waste is the second largest contributor to the country’s landfills.”