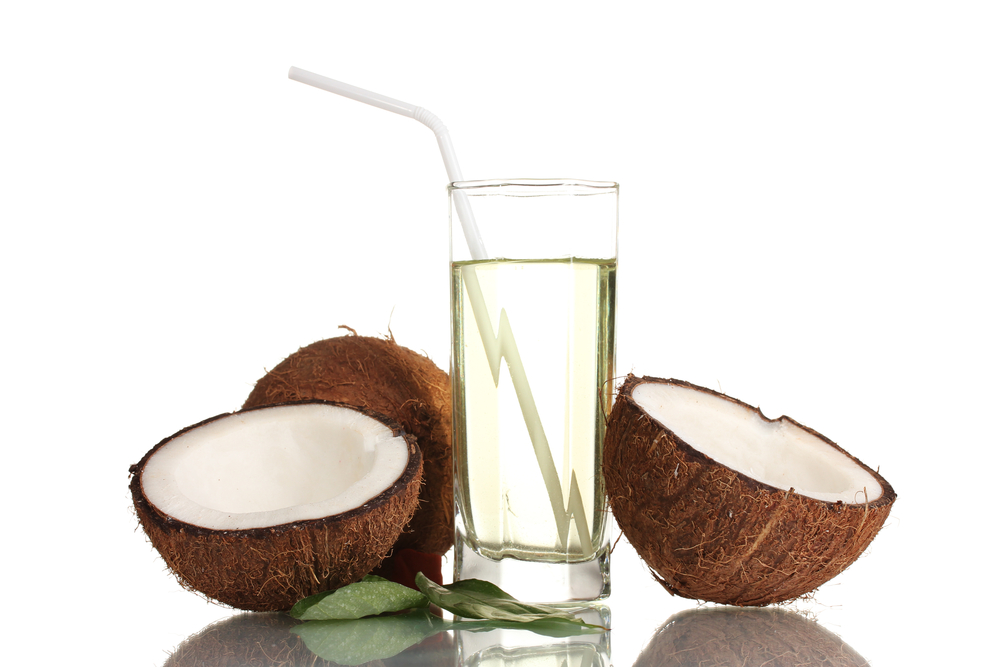 Have you ever wondered: What exactly are the coconut water benefits for your health? Well, you’re not alone and the question has been popping up a lot lately. Experts such as Marion Nestle (FoodPolitics) and Michael Moss (New York Times) have both taken a “tough look” at health claims on coconut water in the past few weeks.

Moss’ July 26th article, “Coconut Water Changes Its Claims,” comes with a great should-be-seen video. The piece starts with this:

When coconut water hit the market, it was billed as a miracle drink able to fight viruses and other ailments. The drink’s marketers have since been legally forced to sharply scale back their claims.

Moss points out that coconut water, now a $400 million beverage category, was initially introduced as as a miracle drink able to fight viruses, kidney disease and other ailments like osteoporosis. Not to be confused with coconut milk (the milky-white liquid made from coconut meat), coconut water is clear fluid from young, still-green coconuts and comes packaged in Tetra Paks, as well as in bottles and faux coconut shells.

The next marketing position of coconut water manufacturers was to sell it as a high in minerals beverage. But, the truth is that the minerals in coconut water are meager and can easily found in other foods. A typical serving of coconut water contains about 19% of the daily recommended intake of potassium, 4% of calcium and 4% of magnesium. Additionally, coconut water differs from other fruit juices in that it typically has more milligrams of sodium but fewer grams of sugar per serving.

…for rehydration, water works just as well as coconut water or sports drinks.   No surprise, really.

As one commenter to Nestle’s post noted the study looked at hydration and that alone might not be the reason why an active person would choose “water with sugar” (i.e. sports drink, coconut water, fruit juice, etc.) over plain water after training. “Water with sugar” is recommended in sports nutrition for endurance athletes to speed muscle recovery, in particular, to replenish glycogen and plain water doesn’t do that. That’s reasonable (maybe) for endurance athletes, but what about the rest of us?

Like many other makers of “healthy” beverages such as POM pomegranate juice and VitaminWater, the manufacturer’s health claims come under attack and eventually they are removed from the packaging.

The bottom line?  As another commenter said regarding Nestle’s post: “…most nutrition claims beyond the very basics are very weak.” That’s the truth.

As seen on Yahoo Food!