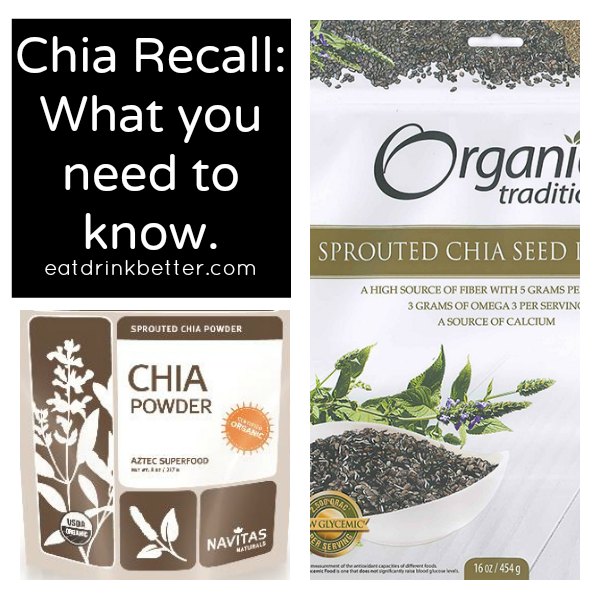 Several companies are issuing a chia recall for a range of chia products. We’ve got a list of the recalled chia products in the U.S. and Canada as of June 11.

Navitas Naturals was the first company to issue a chia recall, and several other companies who make products using sprouted chia seed powder have followed suit. The chia recall began on May 28, 2014, and has expanded a few times in the weeks since. The list below is compiled from the FDA recall site and the Canadian Food Inspection Agency.

If you have any of these products in your pantry, you should toss them or bring them back to the store for a refund.