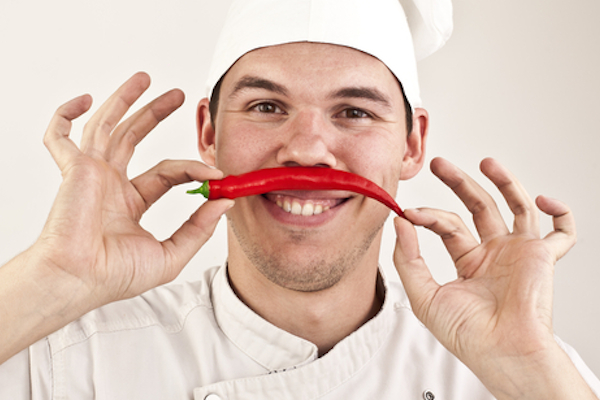 We admire the fast-casual restaurant chain Chipotle for its sustainable approach to food. Now we know how the revolutionary “fast slow food” company’s approach to its people sustains its success. Thanks to a recent Quartz article by management reporter Max Nisen, we have a behind-the-scenes understanding of how Chipotle recognizes that people matter.

Founded in 1993 by Steve Ells, Chipotle opened its first store in Denver, CO.  According to a letter from the founder, his goal was to create “delicious food made of the finest ingredients quickly and affordably.” Apparently, that was a timely idea — in 2013, the company had grown to 1,600 locations and 45,000 employees.

Chipotle started making headlines when, as it grew, it also began doing things a lot differently than other fast food restaurants. In 1999, its founder learned the sad truth about factory farmed pigs. He made a decision to create a new vision: Chipotle would serve “Food with Integrity.” From the Chipotle website:

Food with integrity is finding the very best ingredients raised with respect for the animals, the environment and the farmers. It means serving the very best sustainably raised food possible with an eye to great taste, great nutrition and great value. It means that we support and sustain family farmers who respect the land and the animals in their care. It means that whenever possible we use meat from animals raised without the use of antibiotics or added hormones. And it means that we source organic and local produce when practical. And that we use dairy from cows raised without the use of synthetic hormones.

Since then, Chipotle has pursued that vision. In the early 2000’s, it started serving naturally raised pork and chicken and eliminated trans fats from its frying oil. In 2007, naturally raised beef joined the menu as did rBHG-free cheese and sour cream. 2009 brought a pledge to begin sourcing produce locally. Last year, the stores began labeling items containing GMOs, and they’re trying to eliminate GMOs completely.

Chipotle Treats Its People with Integrity Too

In 2005, Chipotle transformed its company culture. Execs recognized that good managers are the people most critical to store success. They also realized that their best store managers came from within — not outside — the company. While most fast food chains hire management externally, Chipotle decided to do things differently. It developed a formal program to help hourly crew members move into management positions.

And here is where Chipotle jumps the shark!

The company created a unique position in the industry — the restaurateur. Restaurateurs are promoted from within, cherry-picked from the general managers who are good at managing their restaurants and — more importantly — their staff. Annual compensation jumps to $99K a year in salary and benefits including stock options, a company car, and a hefty bonus when a crew member is promoted to GM. Unlike other restaurant management positions, pay and promotion to higher levels of restaurateur are linked to how well a person mentors his or her people — not store sales. What an incredible concept.

Today 400 restaurateurs oversee about 40% of Chipotle’s locations. According to the Quartz article, Chipotle’s co-CEO, Monty Moran, says the difference between walking into a Chipotle with a restaurateur at the helm and one without is evident. He also says: “The foundation of our people culture, on which everything else stands, is the concept is that each person at Chipotle will be rewarded based on their ability to make the people around them better.”

Good people create good food. And Chipotle helps its people be as good as they can be. Yet another reason to patronize your local Chipotle.

Gotta’ go. A burrito is calling my name.

Thank you to Quartz for the well-written article, which you can read to learn more about how Chipotle’s restaurateur program evolved. (It was inspired by an employee of course.) And while you’re at it, take a peek at Chipotle’s website too. It’s pretty awesome.

I wish more businesses (and not just restaurants) worked this way, don’t you?