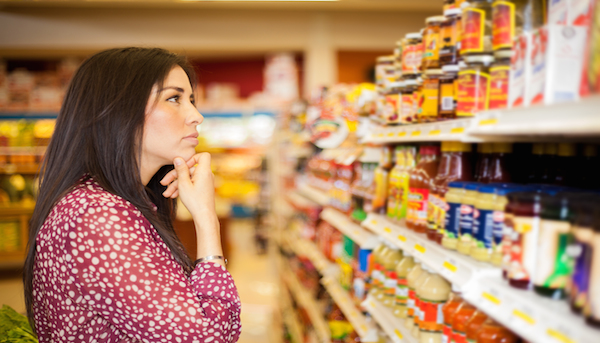 The organic food industry may be growing faster than any other segment in recorded history, but these day, it turns out more people are shopping for “non-GMO” products, even though they’re not exactly sure what it means.

The news comes from a blog post by the Hartman Group, an industry data collection agency. According to the Hartman Group, “Although many people say they do not know what GMOs are, 19 percent of shoppers look for foods labeled non-GMO—which is more than the 16 percent who seek the organic label. Their interest has been heightened by voter measures calling for labels in California and Washington, by Whole Foods’ decision to label products with GMOs by 2018 and by manufacturer shifts, including General Mills removing GMOs from the original Cheerios.”

Not only are consumers looking for products specifically labeled as “non-GMO”, notes Hartman, “The percentage of consumers who deliberately avoid GMOs is even higher—33 percent—and growing quickly. Only 15 percent avoided GMOs in 2007. That growth rate is faster than any other ingredient except soy isoflavones, among ingredients avoided by at least 10 percent of consumers.”

The main reason consumers note for avoiding GMOs is the concern about the impact on their personal health and well-being (or of their family). Others say they simply want to know what is going into their food, and environmental concerns about growing GMO foods were also considerations for some buyers.

Now, as the state of Vermont has just passed a bill (H.112) that will mandate labeling of all foods sold in the state that contain genetically modified foods, the discussion is sure to heat up even further. More consumers and manufacturers are likely to be considering the impact of genetically modified ingredients and non-GMO alternatives.