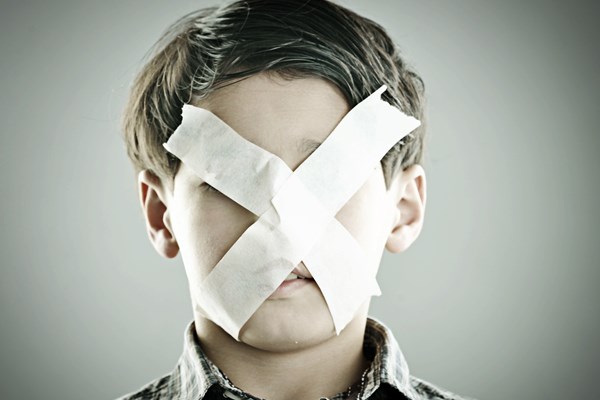 After undercover reporters revealed animal cruelty at an Idaho dairy facility, guilty parties moved quickly to address the problem: almost immediately animal agriculture interests in that state introduced a bill to criminalize any reporting of such abuse. Idaho’s ag-gag bill passed the Senate earlier this month, then yesterday cleared the House. Now it only awaits a swipe of the governor’s pen to ensure that criminal prosecution focuses where it belongs: on people who tell you where your food comes from, and what’s done in your name to get it onto your plate.

Idaho’s ag-gag bill, known as Bill 1337 (S 1337), ‘would make it a crime, punishable by imprisonment, to simply photograph or videotape abusive, unsanitary or otherwise unethical activity on a farm.’ If the Governor signs S 1337 into law, it won’t only apply to undercover animal advocates, like the Mercy For Animals investigator who released video of Idaho dairy employees viciously beating cows with canes, jumping on them while they groaned in pain, kicking them in the face, and dragging the beaten and moaning cows across the floor with chains. It will also limit the legal speech and expression of employees, journalists, or anyone at all who observed food safety violations, sexual harassment, embezzlement, or any other unethical or illegal behavior.

Under S 1337, if you see illegal activities in an Idaho animal production facilities and report what you see, YOU are the criminal.

Just for example, this is the kind of thing Idaho dairies are keen to jail you for reporting — it’s so much easier, after all, then simply knocking off their own criminal behavior! Watch if you can stand it — this is the undercover reporting that triggered the current Idahoan ag-gag craze.

Matthew Dominguez of the Humane Society sums it up accurately:

‘The fact that the Idaho Legislature just passed an Ag-gag bill makes it crystal clear that the abuse found at the Bettencourt Dairies was just the tip of the iceberg… It’s pretty sad to see the lengths that the dairy industry would go to cover up this abuse.’

I had a chance to speak with Matthew Dominguez and Cheryl Leahy (Compassion Over Killing) last spring about the danger this kind of legislation poses to farmed animals, food safety, public health, and First Amendment protections:

For further reading, on the need for transparency within the industry fighting so desperately to ensure its opposite:

Whatever diet you follow, whether you eat animals or not, ag-gag laws represent the frenzied thrashing of an industry desperate for your ignorance.

What can you do? You can vote with your fork, three times a day, on whether to support this industry — that’s the most powerful resistance you can offer! Going vegan (or near-vegan or mostly-vegan or whatever feels possible to you) withdraws support from an industry determined to commit atrocities while criminalizing critics, in which your actions match your values of compassion and nonviolence.

If you’re not ready to do that (yet!), seek out small-scale local farms who aren’t scared of visitors: large industrial farms tend to be the ones propagating these disastrous bills, and causing the most egregious legal and ethical problems for the rest of the world. You’ll pay a bit more for animal products, because it’s more expensive to treat animals like living creatures than inanimate objects; so you’ll eat less of them, your health will likely benefit, and you won’t be supporting things you don’t support.

Agitate: share this article and everything like it that you find. Set an email alert for ‘ag-gag’ on Google News, stay informed, and share share share share share! These toxic bills only thrive in a climate of public ignorance. Once consumers understand exactly what they do, ag-gag bills are wildly (deservedly) unpopular. We need MORE transparency in food production, not less, and people d**n well know it! Meat and dairy interests have almost infinite lobbying pockets, and the only counterweight for their influence is political pressure from conscious consumers. That’s you!

Idaho’s Governor C.L. ‘Butch’ Otter can be contacted here, if any Idaho residents were wondering — I bet he’d love to hear from you about the toxic Bill 1337 currently lurking on his desk!

Such legislation deserves rejection, disgust, and staunch resistance each and every time it rears its monstrous head. The animal agriculture industry, in its current form, relies on such unethical and often illegal behavior that their business model absolutely depends on consumer ignorance.