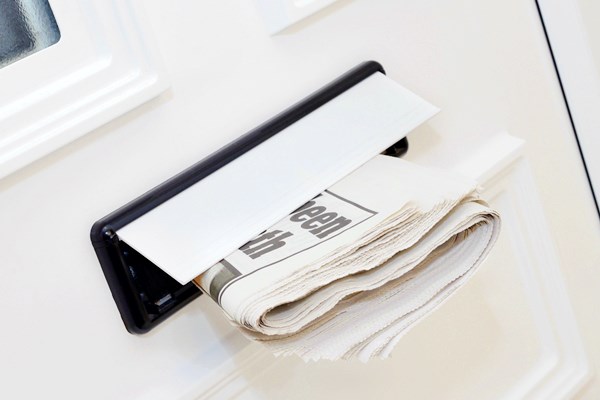 Don’t drink the water, and don’t eat the beef. Don’t go to Chick-fil-A, but DO give ’em a high-five for their recent move against antibiotic resistance. New research links food prices to diabetes risk for low-income consumers, Idaho strives towards ag-gag ugliness, and farmers sue each other over genetic contamination. Meanwhile, genies with name-tags reading ‘GMO awareness’ and ‘plant-based health’ escape irretrievably from bottles. Read all about it: get your weekly food news fix here!

NOT BETTER AT ALL!

We’ve covered some stories at EDB this week that will trigger the polar opposite of optimism, among food-conscious news enthusiasts.

1. West Virginia Water is Still Contaminated — Toxic chemistry associated with a coal spill still makes WV water unsafe. So much for ‘clean coal’… next you’ll be telling me unicorns don’t exist either!

2. Snow Days are Hungry Days for Many Students — As icy weather takes over many parts of the country, some at-risk kids lose their only (or primary) access to nutritious meals.

3. It Was Just a Matter of Time: PepsiCo Ditches ‘Natural’ for ‘Simply’ — After many class action suits for false advertising, PepsiCo has decided to drop its use of the word ‘natural’ to describe GMO’d-up synthetic-ingredient-rich foodlike products. Um… thanks?

Dear Idaho: Don’t Be a Jerkface!

4. Disputed ‘ag gag bill’ advances in Idaho Senate — Idaho senators voted 23-10 on Friday to increase penalties for those who film their actions. Guilty conscience much?!

If you eat food, and this issue isn’t on your radar yet: put it there! No matter what kind of diet you follow, these laws are utterly toxic. Read here or listen below, if you’re not sure why!

5. Eat Fewer Drugs: Chick-fil-A to Phase Out Antibiotics from its Chicken — I still wouldn’t touch Chick-fil-A’s ‘food’ with a 10-foot vegan pole, since I don’t have violent intentions towards either chickens or marriage equality. But given the scope of the antibiotic-resistance problem, and the leading role that animal ag in general and bird-flesh purveyors specifically have played in creating-then-exacerbating it, this looks like movement in a positive direction.

9. Monsanto’s GMO Seeds May No Longer Be Invincible — Again, not terribly shocking news; but worthy of note nonetheless.

10. Organic Farmer Sues GM Farming Neighbor — In the first case of its kind worldwide, one grower in Australia has filed suit against another over genetic contamination. While organic farmers haven’t been able to hold Monsanto et al accountable in court so far for such contamination, this case represents a new legal resistance strategy for organic growers to explore; as such it bears close watching.

11. Going GMO free? Dr. Oz shares ways to really know what you’re eating — I’m not a fan, myself; but mainstream coverage of pro-labeling pro-transparency pro-informed consumerism issues regarding GM food, well, I admit: it makes me grin! It looks to me as though the GMO-awareness genie’s well and truly out of that shiny opaque little bottle, and (try as they might) I don’t think the biotech behemoths are going to be able stuff it back in there!

12. Vegan, nonfat dairy diets can help prevent or reverse heart disease — See above, re: mainstream coverage, genies escaping bottles, and positive change making strides in mainstream consciousness; also re: me grinning. Yes please, to all of these things!

13. A Plant-Based Diet Benefits Your Health — This 3-part radio series explores the research and the hows-whys-and wherefores of using plant-based diet to prevent or reverse chronic disease, manage weight, and save money. Again I say unto ye, yes please!

14. Robin Robertson’s vegan cookbook was ahead of the curve — YEAH it was… And even though the vegan world takeover is proceeding so nicely now, with excellent vegan cookbooks ever-easier to find, Robertson consistently produces fantastic work!

Stay current on all the hot food-news happenings: subscribe to the EDB newsletter, find us on Facebook, follow us on Twitter, and meet me back here every Saturday for a look at the week’s top news in food!