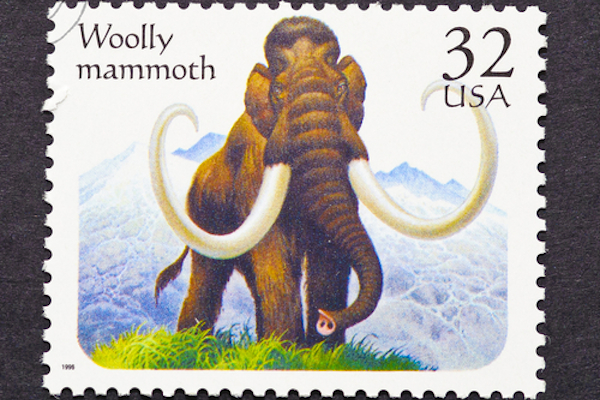 He was splashing enjoying the jungle’s great joys.
And Horton, the elephant heard a small noise.

Perhaps it was the wind rustling the tiny flowers on the pre-Ice Age arctic prairies. Turns out there was more than just grass growing there: A recent study of arctic soil indicates that another class of plants grew in the grasslands — “forbs” — herbaceous, flowering plants with tiny blossoms that looked like buttercups or dandelions. And apparently, our vegan friends, the woolly mammoths, depended on protein from those plants to survive — or at least that’s what their poop has revealed.

Most researchers believed that woolly mammoths fed on grass 50,000 years ago in the arctic tundra. But Danish evolutionary biologist Eske Willerslev and his collaborators wanted to learn more. They sampled frozen soil from Alaska and Siberia alongside DNA in mammoth feces and found that flowering plants — not grass — were the dominant component of the woolly mammoth’s diet.

Unfortunately, they may have also been their undoing. When the flowers disappeared 25,000 years ago, so did the woolly mammoths.

But wait. Not so fast.

According to a recent NPR article, another researcher, University of Michigan’s Daniel Fisher, suggests perhaps it could have happened the other way around: When the mammoths disappeared at the hands of hunters, so did a great source of fertilizer for all those little flowers. And they quickly followed suit.

Stories like this and the undeniable evidence of plants and animals evolving for survival demonstrate the inextricable links within the elements of our ecosystem. What happens in our environment stays in our environment — for better or worse. Food for thought.