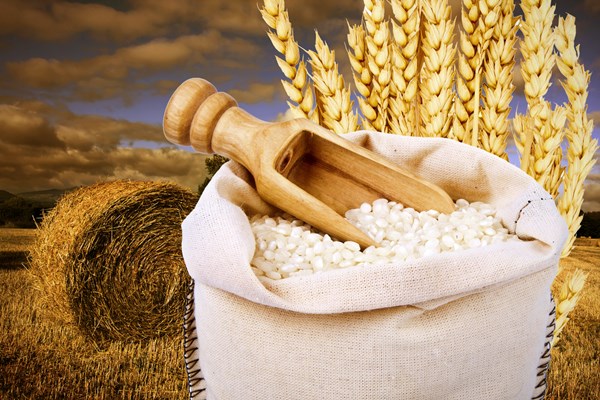 Authors published study results in the September 18, 2013 edition of the Journal of the American Medical Association. Researchers analyzed data collected from more than 400 people in a rural Indian area. Findings showed that individuals who consumed large quantities of arsenic-tinged rice, in the absence of other known arsenic exposure, showed significant cellular changes linked to cancer development.

Researchers quantified results by measuring amounts of micronuclei — damaged pieces of chromosomes no longer able to participate in cell division — in urine samples of participants. Prior research has shown links between high micronuclei levels and cancer emergence.

As we’ve covered before here at EDB, arsenic-y rice represents one of the disturbing ‘downstream’ effect of modern agricultural methods:

Eighty percent of the rice is grown in the US is from the south central area on lands that were previously sprayed with arsenic pesticide to reduce cotton boll weevils. In addition, arsenic laden manure has been used as fertilizer. The arsenic remains in the soil. Due to the nature of how rice is grown in flooded waters, it sucks up the arsenic from the soil…

‘The arsenic issue affects both organic and conventional rice. 80% of all rice grown in the US comes from areas where arsenic is an issue. However, this takes some legwork to know which rice products are safer than others. The good news is, this problem can be solved. Farmers can make agricultural changes such as not flooding their lands as much and changing the breed of rice they grow which is less sensitive to arsenic.

Mmmm, Arsenic! (Said No One Ever)

If you prefer to season your rice with less toxic substances, there’s good news and there’s bad news to report. The bad news is that the jury’s out on how one might arrange to avoid all rice contaminated with the more toxic inorganic arsenic derived from synthetic agricultural chemistry — other than not eating any rice (or rice starch or rice milk or rice syrup or rice cereal or any foods containing rice derivatives) at all.

After buying your organic rice from non-cotton states, soak and rinse it until the water runs clear before cooking. And don’t forget all the other grains (or grain-like seeds, or whatever)! Rotate rice with couscous, barley, quinoa, millet, and other grains for minimal food-mediated arsenic exposure.

Meanwhile agitate for a food system that omits the toxification of lovely staple grains like rice, and leaves your mononuclei levels unperturbed.