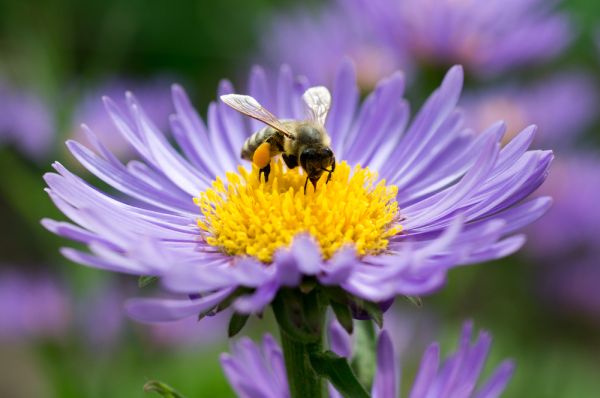 Neonicotinoids are soaked into seeds and they remain in the plant tissues even once it’s growing. The idea is to kill any pest that wants to snack on a farmer’s crop. Unfortunately, any bees stopping by for nectar will also be affected. Our sister site, Planetsave, reports:

“…research has found that after honeybees were exposed to neonicotinoid insecticides — even at very low levels — that notable changes occurred in the activity of some of their genes — changes that were the result of the cells having to work hard to break down toxins. In particular, the cells of honeybee larvae were significantly affected.”

“Scientific studies have established that neonicotiniods are toxic to bees (honey bees, bumblebees and other native bees), so that is not in question. At issue is whether the pesticide clothianidin causes or contributes to CCD in honey bee colonies. The direct cause or causes of this disorder are still unknown, but it has decimated both commercial and hobby beehives in the United States and Europe. The prevailing thinking is that a collection of conditions or stresses on honey bees are to blame, and that these stressors result in weakened immune systems that leave the bees vulnerable to diseases, parasites, and viruses.”

The ban on neonicotinoids was agreed to in April, after years of studying the effects on bees and other pollinators. France and Italy have already put restrictions on the pesticides and have seen no effects on agriculture. The ban will go into effect on December 1, 2013 in all the EU member countries.  The U.S. is adding pesticide labels on neonicotinoids, but it’s not likely to impose a ban.

Honeybee on aster photo via Shutterstock